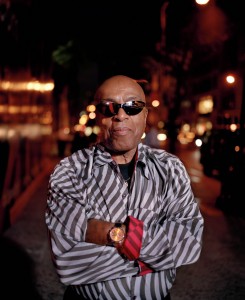 If drummer Roy Haynes isn’t an unsung hero of American jazz, a host of folks he recorded with are. Surely, doing time with players like Charlie Parker, Sonny Rollins and Thelonious Monk means at least a little something to those not enamored of America’s most enduring art form. But moments from the work of other players serve to elucidate the hardscrabble path to creative freedom only a few folks achieved without becoming icons. Multi-instrumentalist Eric Dolphy embraced a more erratic and fractured style, but was able to create a unique dialect within the medium. Haynes was behind the kit for his 1960 “Outward Bound,” which should serve to shock anyone taken with Coltrane’s development from around the same time. If Andrew Hill’s known for a recording, it’s not the 1963 “Black Fire,” on which Haynes contributes drums. But amid the flying chords and off-the-cuff improvisations, the drummer gets in a few notable solos as the closing “Land of Nod” so amply testifies. Hill, though, wasn’t bound for record sales, even while sidestepping the avant-noisiness of the time’s looser jazz players. Apart from working advanced bop dates, Haynes started leading a few sessions of his own during the early sixties. “Cracklin’” comes off as a frantic bop effort, and with Booker Ervin blowing sax out front, Haynes is challenged to keep up. It seems the task was well within the drummer’s grasp. There’s been a wealth of touring and recording between those sides and Haynes’ latest, “Roy-Alty.” The new recording isn’t necessarily an advancement of his skills. At eighty-six years old  that’s not a stunner. What is surprising, though, is that after sixty years of performing, there’s no noticeable sign of his slowing down behind the set even as his group seems pretty young for the jazz world. Trumpeter Roy Hargrove, who joined Haynes in the recording of that new disc, is slated to appear as a part of the ensemble this Friday. (Dave Cantor)