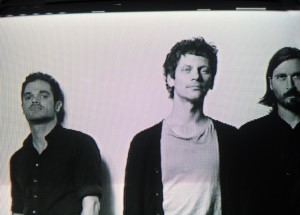 In three years Disappears has gone from a random assemblage of dudes who once performed with other bands to a group dispensing its own particular mélange of psych and pop run through garage’s sonic lens. Issuing two singles and a pair of full-lengths, the quartet hasn’t been developing at a rapid pace, but it still turns in concise rock songs, sporadically opting for fifteen-minute explorations of just a few notes. Adding in Sonic Youth’s Steve Shelley behind the drum kit hasn’t hurt the band. And seeing as that better-known NYC band has potentially hit the skids with its principal songwriters undergoing a split-up, Shelley’s total immersion in Disappears may be on the horizon. It’s a fact only making the ensemble’s mounting momentum that much more exciting. A pending West Coast tour as well as the group’s third long-player are in the offing, but not before Disappears headlines the Bottle’s New Year’s Eve throwdown. There’re certainly a wealth of events to consider while making plans for the holiday, but Disappears sits atop a bill sporting only Chi-locals—Bare Mutants and Outer Minds open.  The Scene: There’ll be at least one chick who says the word “couture” repeatedly and at least one guy revealing intentions to either open a new art gallery or move to Oakland during the coming year. He just hasn’t decided yet. Considering Disappears works up psychedelia skewing toward the ambient side of things, there may well be more audible conversation than dance floor shenanigans. But by the time the clock strikes twelve, there’s not too much chance of sober, level-headed thinking reigning at the Bottle. (Dave Cantor)