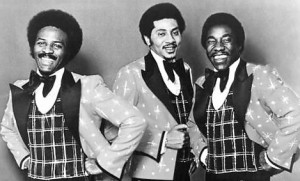 If you’re between the ages of thirty and forty, you may have been conceived while your parents were listening to Canton, Ohio’s the O’Jays. Well, the O’Jays circa 1974. While the vocal troupe has recorded consistently since its inception during the waning moments of the sixties, last year releasing a Christmas-themed album, it was the disco age and efforts like the funk-cum-smoothed-out-dance-music on “Family Reunion” that marked the end of the group’s heyday. Surely, international touring helps keep up the band’s popularity. But if the O’Jays classic work is discussed, it’s the early seventies that are referenced. Northeast Ohio, at the time, was an impressive pool of talent with groups like Hot Chocolate and S.O.U.L. churning out tunes destined for distinction among collectors. Moving from well-articulated, politically motivated rage to party music is one of the most impressive maneuvers a performing band can muster. And the O’Jays were well acquainted with the tactic. “Love Train,” the closer on 1972’s “Back Stabbers” has been sewn into America’s musical fabric. Everyone’s familiar with the tune even if its title seems a bit vague to recollect. Developing into the sort of act capable of then working “Ship Ahoy” for nine minutes is a pretty stunning accomplishment. Comedian Arnez J is slated to open, so if you like hearing about how black folks do things differently than hillbillies, arriving on time is a necessity. The Scene: With ticket prices being a bit steep, the average showgoer’s bound to be the professional type, or at least someone who’s looking to get gussied up all proper and have a reasonably classy time on the holiday. Of course, there’s bound to be some dancing in the aisles. But don’t get too wild, it’s still the Chicago Theatre. (Dave Cantor)