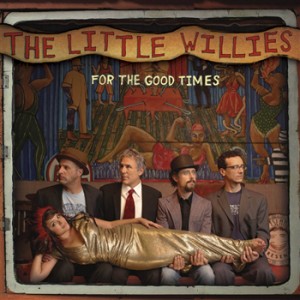 Among the notable tracks is “Tommy Rockwood,” an instrumental by Campilongo that is the sole original tune on the disc. The tune is mostly guitar-oriented with a country-rock vibe, but there is a smart Norah Jones solo that proves that she does have the chops to back up the acclaim some jazz snobs say is undeserved. Also very good is the cover of Parton’s classic “Jolene,” played here more organically than the original.

For those who expect tighter Nashville-styled recordings, this is not an album for you. The Little Willies prefer to use a sparser approach more centered on Jones’ piano and Campilongo’s guitar. These are jazz musicians who like country music, but prefer to give it their own flavor. (Ernest Barteldes)

The Little Willies
“For The Good Times”
Milking Bull/EMI