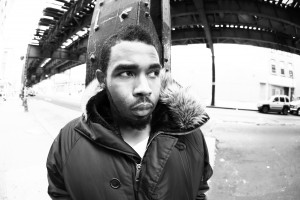 Kool G Rap, Pete Rock and Mobb Deep all issued new recordings during 2011. Each met with a mixed reception, and rightfully so, since all of those acts still may have something left to give hip-hop, it just didn’t happen last year. Pharoahe Monch released “W.A.R. (We Are Renegades)” during March in partnership with Duck Down, an independent New York label. The disc, the MC’s third solo endeavor since disbanding Organized Konfusion after 1997’s “The Equinox,” met with more uneven acclaim. While “W.A.R.” might not be Monch’s pinnacle, it does represent the sturdiest 2011 album issued by an MC who might be considered one of underground hip-hop’s progenitors.

“On an artistic level, you’re waiting to grow as you go through some things… it’s not research, it’s events,” Monch articulates slowly over the phone, parsing speech as much as he takes time to contemplate questions. “Obviously, people take me kinda seriously, so it was fun to be goofy on that album,” he says of 2007’s “Desire.”

Understanding his new album and its cover, which depicts Monch donning a gas mask, as anything other than a record’s worth of deep thinking is difficult to do. “W.A.R.’s” title track sports Immortal Technique in a guest spot while the two MCs move from industry concerns to international media issues, turning the whole thing into an Us versus Them scenario. Beats crafted by D.I.T.C.’s Diamond D, Marco Polo, Exile and Samiyam makes each cut something of a party track. Just a serious-minded one.

“Why is it so difficult for us to change and evolve toward a thinking society? It troubles me… I think we’re far behind where we could be.”

Understanding how to work the genre, and help push listeners into an enlightened frame of mind, wasn’t an overnight process for the veteran rapper. “[Hip-hop] embodies any form of music and how you manipulate it is why it speaks to so many people,” he says. “It’s incredible when used properly.” Early on, OK underwent a rushed mentorship after a producer named Paul C picked up on what they were doing. Monch and Prince Po, an equally adept lyricist and OK’s other half, still had to undergo some cultivation.

After hearing the duo’s not-ready-for-prime-time material, Paul C “was like, ‘This is bullshit… He was the first one that was like, ‘You gotta write this over,’” Monch recalls. “He edited me, he critiqued me. That’s where we were going with him before he passed—he was refining the madness into a digestible thing.”

The time OK spent working with Paul C doesn’t amount to much on a calendar, but Monch contemplates those moments and wonders. “I’ve never really gotten over that shit. I could never understand why that person was taken away from us,” he says of the producer’s unsolved 1989 murder.

Working on new material, though, finds the MC summoning lessons he learned while OK recorded demos with Paul C. Turning something abstract into a track just weird enough for general consumption was an important lesson. And while conceptual work  is what Monch is noted for—take a listen to “Stray Bullet” from OK’s 1994 “Stress: The Extinction Agenda”—he’s always had broad appeal.

The early millennium saw the MC amid major label concerns as “a bidding war between Sony, Universal and Bad Boy” centered on the New York City rapper. “In that moment… I should have examined the independent route. But I wasn’t knowledgeable enough,” he says. Watching the industry develop and jettisoning major-label contracts for the agility of an independent distribution deal properly brings one of hip-hop’s towering MCs to the underground. The company Monch keeps isn’t at issue, but finding a way to grow his music and audience is a permanent quest.

“It doesn’t work on regular radio waves,” Monch says of his own music, pausing to summon the right outlandish simile. “That shit sounds like Martian frequencies. I gotta speak to people who are on the same frequency as me, and I know that’s mad people.”

Listen to why people been buzzing over there music ,verses,delivery and creativity,coming from the bottom of the map Rio Grand Tx TRUST FAMILY (River Boyz) wants you to be part of the movement by clicking on links and download or stream MUSIC for FREE PLEASE drop some feedback very necessary to give the people what they want thnkz God Bless. https://www.reverbnation.com http://www.soundcloud.com/Trust-fam http://Www.twitter.com/@trustfam http://Www.Facebook.com/trustisback