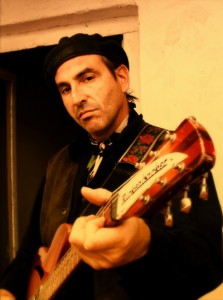 “I was from New York, so I was a real hustler,” Paul Collins says of his past, wrangling shows for The Nerves, a West Coast pop ensemble equally indebted to sixties rock and the nascent punk scene’s jittery energy. “And I’m still a hustler.”

Collins hasn’t dealt with major label executives or high-powered promotion folks during much of his career. He didn’t while drumming in The Nerves and only needed to do so for a brief time as frontman for The Beat. So maintaining a tenacious attitude while continuing to figure out how to book international tours for his sundry projects has become a necessity. He’s had ample practice.

Founded during a time when America was still wresting itself from a hippie daze, The Nerves weren’t fitted into any particular movement. “When we got together in San Francisco, there was literally nothing going on. Mabuhay Gardens hadn’t even started,” Collins recalls. “There were only a few bands that were active—Crime was active, The Nuns.”

Ditching the Bay and heading to L.A. after recording its 1976 “Hangin’ on the Telephone” EP didn’t initially produce any significant revelations for the group. SoCal venues weren’t any more receptive to The Nerves’ taut popology, despite the band’s work eventually being versioned by countless other bands and racking up success for Blondie a few years on.

What’s curious, though, is that after wading through Brendan Mullen and Marc Spitz’ 2001 “We Got the Neutron Bomb,” an oral history of the early L.A. punk scene, Collins, Peter Case and Jack Lee, the prime movers behind The Nerves, seem not to exist in any substantial way.

“We weren’t tight with any of these people,” Collins says of L.A.’s early punk scene. “We were outsiders: Jack came from Alaska, Peter came from Buffalo and I came from New York.”

Taking a measured tone regarding his relative disappearance from punk’s history, Collins still claims huge influence. “What The Nerves did [in L.A.] that was really instrumental—well three things,” he begins. “We put out the EP nationally. People were only really putting out records locally… Secondly, we had to have been the first band of the whole new generation that did a national tour without a record company and without a manager. The third thing was, we put on the first punk shows in L.A.” Collins goes on to cite The Germs and The Weirdos as acts he included on bills early in the scene’s development.

Despite its apparent role as benefactor, wearing three-piece suits amid crowds festooned with safety pins seemed to alienate the trio. “They thought we were nuts,” Collins says. Musically, though, The Nerves weren’t too far off from sounding like The Ramones.

“Walking Out on Love,” a song Collins would record with a number of acts he performed in, sounds more thoughtfully put together and tougher than just about any L.A. punk track detailing squalid living conditions and substance abuse. Collins’ tune, regardless of the ensemble performing it, doesn’t push too far past ninety seconds. The song’s only potentially jarring aspect would be how well it’s sung, harmony and all. Dee Dee probably liked it. 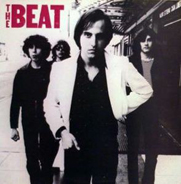 After toiling for a few more years, The Nerves called it a day with Case and Collins working up a handful of demos as The Breakaways. Another dead end. Writing alongside some unquestionably talented musicians, Collins took what he’d learned and founded The Beat, inking a deal with Columbia Records. He issued a pair of albums, the latter frequently maligned, and briefly flirted with stardom. Case only fared slightly better with The Plimsouls, his post-Breakaways project. Since recording contracts dried up, each has worked corner bars and European shows, further developed musically and written songs that still resonate.

“Peter and I are about to go out on tour together for the first time in twenty-five years,” Collins says of his former songwriting partner, sounding as excited about the pending reunion as The Beat’s upcoming Chicago performance. This March, The Nerves, minus Jack Lee, the man responsible for “Hangin’ on the Telephone,” are heading out on a comprehensive U.S. tour. Lee hasn’t completely fallen off the face of the earth, but it’s unlikely he’d be jazzed about hitting the road again.