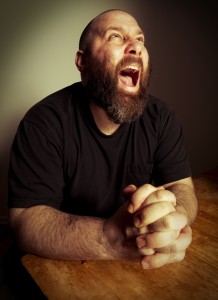 Beginning his recorded career in 2000, the music Sage Francis raps over has always been an evolving mass of surprising influences. Even a decade back, though, there were hints at where he’d be in 2010 when his album “Li(f)e” was issued. The MC’s first few releases through his own Strange Famous imprint sported tinny production, warbling high-end and rumbling lows. Eventually he hooked up with Anticon for the “Climb Trees” disc, but there were still varying sonic qualities in play. But supported by the likes of Alias and Jel (two producers who deserve a wider audience all this time later), tracks like “Message Sent,” a rounded-off piano line and hand drums, it towers over the million-dollar beats being rolled out today. Those million-dollar beats are part of what Sage started railing against in the first place, though. His Non-Prophets detour wasn’t all too well construed, but every performer takes detours on the way to a fuller realization of his or her craft. Maybe “Li(f)e” was that triumphant moment for this MC. “Sippin’ Listerine nightcaps” isn’t an image other rappers are likely to come up with. As much as Sage’s verbalizations remain intriguing, political and unique enough to continually draw crowds and new listeners, it’s unsurprising to hear the guy lambast the Tea Party on a rock-based track accompanied by a little kid. He almost had it figured out while rapping over that decade’s old piano-based track: “Guess it’ll all make sense once we get older and reach the age of reason.” Spurning dusty samples and lesser-known imprints may have alienated the MC from folks who were psyched when he won Scribble Jam, but taking on Chicago’s Brian Deck as producer for his last disc further expanded the music Sage was rapping over, and the people who were listening. (Dave Cantor)