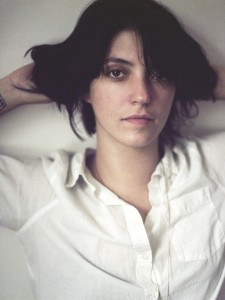 The stylish album covers that make up Sharon Van Etten’s growing discography ink together portraits of despair and disenchantment, or at least disappointment. Yet the wide-eyed stares and looks of disconcertion that populate these covers paint a decidedly different, far more inelegant portrait of the Brooklyn songstress than the songs themselves. Tonally, a majority of her songs are dark and bleak, speaking to the horrors she has experienced throughout her life (most of which are of the romantic variety)—but that doesn’t stop them from being infectiously catchy.

In a landscape seemingly flooded with female singer-songwriters with knowledge of six-stringed instruments, what makes Van Etten stand out from the crowd is her moxie, for one, and the overall strength of her written work. These aren’t love songs; these are falling-out-of-love songs, poignant as they are mature, rife with substance and subtext. And the lyrics, while often bitter pills to swallow, medicate the mind in a way so many others only could hope. Van Etten plays Lincoln Park’s Lincoln Hall, where she will perform material off her new album, “Tramp,” on back-to-back nights. Okkervil River side project Shearwater opens both shows. (Derek Walker)