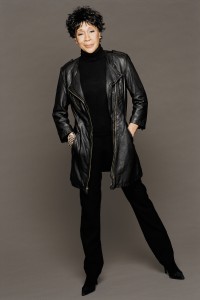 What Bettye LaVette’s been up to during the new millennium sounds wholly disconnected from the singles she belted out during the sixties and seventies. Her voice, though, is as powerful as it was five decades back. Since album-length work wasn’t de rigueur for soul singers at the time LaVette was seeking to establish herself as a top-tier purveyor of gutsy crooning, there weren’t any early career full-lengths of her work available. Collections cropped up every once in a while—“Bluesoul Belles” pairs LaVette with Carol Fran, and “Souvenirs” collects a substantial portion of  her would-be introduction to the listening public, “Child of the Seventies.” It just wasn’t issued until thirty-something years after it was recorded. That spate of tracks, which were laid down at a Muscle Shoals studio where, legend has it, Duane Allman camped outside until he wound up working there, merges Southern soul with enough hick-grit to turn everything to gold—including a rendition of Neil Young’s “Heart of Gold.” The reason for the album never being released is surely as convoluted as why Frank Lloyd Wright designed a home in a neighboring town (one of his few works in the Southeast) but never visited the site. LaVette, though, remained undeterred, continued touring and issued a handful of seemingly glossed over work during the eighties. Anti-Records, an imprint now known for bringing older performers to new audiences, saw fit to send LaVette into the studio with some dudes from the Drive-By Truckers. The pairing accounts for a few bizarre musical moments—all that pedal steel stops being a surprise after a while. But what LaVette’s three albums for the Epitaph subsidiary amply display is that while she might not be a songwriter, she is one of the most malleable and adept interpreters of American and British music currently recording. Compositions from Willie Nelson to Dolly Parton and The Who are likely to get an airing at the Old Town School of Folk. (Dave Cantor)