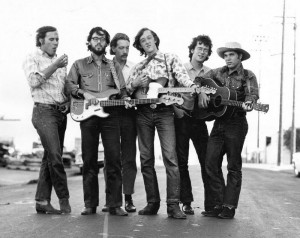 With Mike Kelley’s recent death and The Stooges being set into avant-America’s history (amid discussion of Carla Bley and Bill Dixon in Benjamin Piekut’s “Experimentalism Otherwise”), Ann Arbor, Michigan seems poised to be excavated for its contributions to the arts. George Frayne lived there during the same time as these would-be cultural icons. But he was dressed like a cowboy.

“I just wanted to smoke weed, drink tequila and play piano,” Frayne says over the phone from his Saratoga Springs, New York home. The pianist and frontman for Commander Cody and his Lost Planet Airmen has led a musical career interspersed with wastrel Ann Arbor college kids, San Francisco psych-luminaries and some hicks that weren’t too keen on long-hairs working up country music.

First working in one of Ann Arbor’s reasonably anonymous frat bands while studying sculpture at the University of Michigan during the early sixties, Frayne was already bumping into some well-known folks. Iggy wasn’t the only one around, either. “In Bob Seger’s early days, we ran into him on the frat circuit,” the pianist recalls. What set Frayne and his cohort apart from a scene tumescent with talent were its pilfered covers—happening upon a Buck Owens album heralded a new sound.

“We were looking for easy stuff to cover,” he says. “In a frat band, practicing was totally unmanly.”

With country music counting as the group’s surprising stylistic distinction, the band settling on its name was a bit tongue-in-cheek. Snatching the Cody character from sci-fi features, there wasn’t much thought given to someone actually inhabiting the titular role. But myths surrounding space travel and cowboys would soon determine the band’s future.

“People would say, ‘Where’s the Commander? What does he do?” Frayne recalls. “I had to become Commander Cody… I said, ‘OK, I’ll do it, but I’m gonna take more money off the top if I have to do interviews.’”

Two thousand miles away, the early wave of San Francisco psych bands–The Charlatans, Quicksilver Messenger Service and The Dead—were embracing an outlaw image, donning cowboy hats and wearing boots while strolling around near Golden Gate Park. “We were interrupting their scene,” Frayne says of arriving in town during the late sixties. “In Berkeley, they had this whole blues and folk thing goin’ on—and radical hippies.”

Heading over the bridge, Frayne found a like-minded group of folks in the East Bay. And what’s more, the Commander landed a record deal. Paramount released the band’s 1971 “Lost in the Ozone,” collecting some choice covers and a handful of original material.

A pair of songs on the album’s first side succinctly sews up Commander Cody’s musical ideal—“Wine Do Yer Stuff” and “Seeds and Stems (Again).” That first track is a song showcasing Frayne’s easygoing piano and some pedal steel from a guy credited as West Virginia Creeper. It’s a lament, comparing the body of a cheap wine to a woman the singer misses while he waits for intoxication to set in–nothing thematically detached from traditional country tropes. “Seeds and Stems (Again)” isn’t a dramatically different song. It just replaces emotional concerns with financial ones and wine with weed. Even in 1971, a song aping a Southern style and relating hippie trappings was still a bizarre idea—The Eagles wouldn’t unloose their Americana for at least a year. 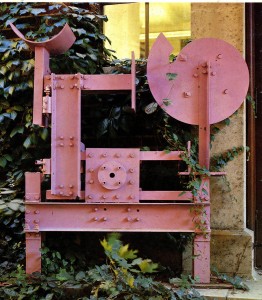 “We didn’t really fit into either one of those circuits,” Frayne said of working both rock and country rackets.

The Commander and his Airmen didn’t call it a day as a result of any difficulty performing for either or both audiences. The band was dropped by its label. Frayne, though, returned to sculpting and painting, which is what took him to Ann Arbor in the first place. He spent the better part of the next three decades focused on art instead of music, only returning to performance and recording in 2009 with “Dopers, Drunks and Everyday Losers.” The album reprises a few well-known efforts and includes some new compositions. But the release, as well as a book of Frayne’s paintings from last year, feels like a creative mind trying to direct its legacy. Since “Dopers” sounds like it was recorded in 1972, he may have succeeded.