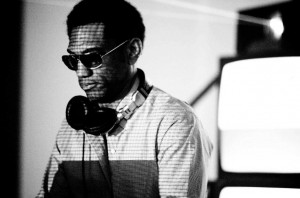 J Dilla—who died six years ago last month—is credited with imbuing hip-hop’s bedrock beats with futuristic soul sounds. He was an unquestionably multifaceted producer and visionary. But with his figure looming over the genre’s history, it seems to have obscured contributions of like-minded producers, a number of whom were working contemporaneously. While not immediately clear from King Britt’s time with Digable Planets, his musical interests included everything from house to the requisite jazz and funk. In the wake of Guru’s “Jazzmatazz” albums, which are better than most would let on, Britt issued the 1998 “When the Funk Hits the Fan” alongside a Philly-based ensemble called Sylk 130. The results were a bit more nu-soul than DP, but still encompassed enough groove-based music to sate fans who’d followed the producer from his earlier projects. There was a synthetic soul vibe at work on tracks like “The Reason,” which sports significant radio-ready crooning. Bahamadia, Quasimoto and DP’s Butterfly all showed up for Britt’s subsequent “Adventures in Lo-Fi.” “Apollo Creed,” which features a lyricist named Will Brodie, approximates just about everything Dilla fans tout him for: unique percussion, heavy, yet sparse bass and futuristic sounding keys. With the concurrent emergence of the underground set during the late nineties, it’s unsurprising that Britt’s first few efforts didn’t elevate him to a new level of visibility—it did, however, exhibit his production skills and the ability for the music to work with a variety of vocalists and MCs. Keeping his own recording in mind, the producer would more fully embrace electronic sounds and issue a handful of intriguing mixes and occasionally cultivate an appreciation for lost jazz artifacts as on 2007’s “The Cosmic Lounge.” If Britt were performing at the Mid, it’d be easy to guess he’d prepare a set suited to a club atmosphere. For the Empty Bottle, though, who knows? (Dave Cantor)