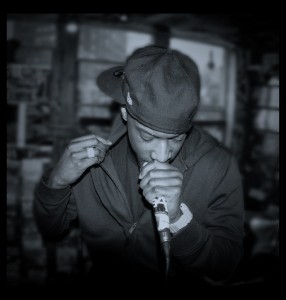 Psalm One hasn’t fallen off the face of the earth, but performing live doesn’t seem to be the focus of this Chicago native’s life—unfortunately. Woefully underrecorded, the Rhymesayers’ MC towers over label mates not in stature or output, but through sheer ability. It’s a rare thing to hear a rapper with enough confidence to not just ride a rhythm, but to become part of it. Applying niceties like intelligent or thoughtful really aren’t enough. Hearing “The Nine” should convince just about anyone of Psalm One’s storytelling abilities, not to mention her innate understanding of music and ability to turn in a memorable chorus. She opens the show along with Add-2, J. Pinder and a few other folks. Headlining, though, is Detroit’s Black Milk, who’s become as prolific an MC as he is a producer. Ill-advised as that might be, the productions he’s able to turn in, for others and on his own albums, makes him an engaging performer. “Shut It Down,” from the rapper’s 2007 “Popular Demand,” accounts for the album’s warm reception in critical circles. The disc, and its successors “Tronic” and the misleading “Album of the Year,” don’t cut a new path through the genre, but occasionally bare out comparisons to hip-hop’s best-known beat makers. Perhaps being aware of some lyrical shortcomings, Black Milk’s most recent release was an instrumental venture with fellow Detroit native Danny Brown. “Black and Brown” isn’t necessarily the era’s high point in production. But over the last few years, beat makers known for their ingenuity haven’t been able to turn in work as consistent as what’s included here—“Loosie,” a troubling rumble of a keyboard line working as the track’s bass figure, and “Dada” with its off-kilter warbling sample being a pair of highlights. Black Milk’s set’s sure to include rhyming, but grit your teeth and just wait for the good bits to shine through. (Dave Cantor)