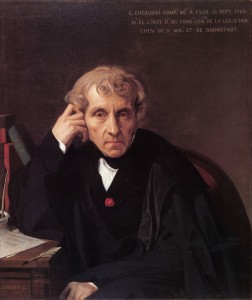 Yes, I was there for Thursday night’s pugilistic outburst at the CSO, but I didn’t start it: honest.  In case you haven’t heard, the fight started as an argument over a box seat,  and when the seated sixty-seven-year-old man didn’t relinquish his seat, a post-intermission man in his thirties began slinging at him while the music was well underway. This, despite the fact that box seat patrons are asked to exchange seats after intermission in any case. Amazingly, it didn’t happen during “The Rite of Spring,” which inspired fistfights in the aisles at its world premiere a century ago, or even John Cage, who so enraged CSO concertgoers in the mid-1970s that some indeed, stepped outside. The fight took place during, of all things, the Brahms Second—the tranquil end of the second movement.

Riccardo Muti, who grew up as one of five brothers and led La Scala for nineteen years in Milan—where opera lovers take their music so seriously that tempers have spilled over and where spoiled fruit has come hurling from the galleries from displeased patrons—seemed unfazed. He showed a bit of annoyance at first over the noise, then concern as he looked over his shoulder to discover its source and then excellent judgment by not allowing it to interfere with a sublime performance already in progress. He let the final bars of the movement come to a conclusion and then stood by for a few moments until order had been restored. “I hope it was not my interpretation that brought this on,” he joked to a colleague on Monday.

This week, the last of a two-week spring residency, Muti turns his attention to a composer and a work near and dear to his heart, the Cherubini “Requiem.” Muti so admires Cherubini—a composer adored by Beethoven and Brahms and considered a “musician’s musician” but largely forgotten today outside of his native Italy—that he named his Italian youth orchestra after him, the Luigi Cherubini Orchestra. “His music speaks directly to the soul,” says Muti, “pure music with no crowd-pleasing effects.”

The Cherubini “Requiem” was actually one of the very first pieces that Muti programmed here in the early weeks of his inaugural season, which was cut short by illness. He was anxious to have it rescheduled and to introduce the work to Chicago. Last year Muti even had the experience of conducting the Cherubini “Requiem” at St. Denis in Paris “on the same spot” where Cherubini himself premiered the work in 1817.