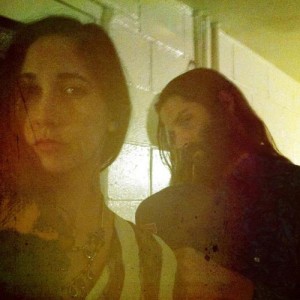 Catching the Brooklyn-based Psychic Ills during its go-round touring for the release of “Dins” was a very specific point in underground psychedelia’s new millennia rush. By 2006, Wooden Wand had ditched his tripped-out backing band, the Vanishing Voice, and totally embraced the guise of updated folkster. Animal Collective were busy becoming the band that would eventually be proclaimed the best at everything. And The Gris Gris had already released its last studio recording. “Dins” was a bit of all that—taking on all those groups’ most noisy proclivities, soaking in all the reverb and finding a synthetic groove wide enough to make dopers nod and drunkards swing. It wasn’t a momentary success, but Psychic Ills would soon expand its take on the genre. Since Psychic Ills issued that first long-player, it embraced a melodic sensibility best suited to North African dope dens. Of course, embracing an Eastern conception of simple psych was bound to attract a broader listening base than “Dins” and its three-note jams—“Hazed Dream,” the band’s latest even includes some slide guitar. Separating the band’s earliest work from latter explorations is the eventual prominence of keys in its recordings—but only the most recent “Hazed Dream” uses the instrument in a manner consistent with (almost) traditional rock. On smaller-run releases, Psychic Ills engage in minimalistic improvisations that sound tied to the Aquarian Age as much as Mills College. 2010 saw the band release a wealth of discreet tapes and vinyl, turning listeners on to a bunch of droning keyboards, simple percussion and whispered vocals. It’s all pretty cultish, but with a backbeat, not too distant from what the band was doing earlier. Just a different slant. During its seven-year run, Psychic Ills haven’t so much been a part of the underground’s ebbing—the band’s just endeavored to explore minimalism and rock in varying combinations. (Dave Cantor)