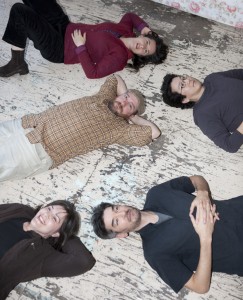 Purposefully or not, Stephin Merritt and the Magnetic Fields can be just about anything musically. From the bands earliest synth-pop on to its almost-folk and distorted simplicity, the Magnetic Fields really have explored just about every avenue open to musicians working within the vague confines of rock. The 1999 “69 Love Songs” is too sprawling a work to describe in concise language, but the album did strike critics as weird enough to ingratiate Merritt and his cohort to the taste-making set. Serving as a midpoint in the Fields’ career, what came before “Love Songs” owed more to dour eighties radio fare than what’s been issued since. But considering everything from folk to twisted distortion masquerading as rock has freely flowed from Merritt and his recording concern, it’s an arbitrary demarcation point. Further complicating any sort of linear understanding of the band’s work is the fact that the recently issued “Love at the Bottom of the Sea” reigns in all those earlier aural proclivities. Hearing the album out of context, it’d be difficult to pinpoint the time during which it was recorded. Merritt isn’t out-front vocally as much as he has been in the recent past, but that only makes listeners relish moments when his Calvin Johnson-styled singing makes its way toward a feature. “I Don’t Like Your Tone,” sporting a lopping electronic waltz, finds the band leader channeling country phrasing, but making the surprising amalgam an engaging moment amid tracks that might seem better suited to a remix album. “Love at the Bottom of the Sea” just continues The Magnetic Fields’ history of taking chances. Of course, album-closer “All She Cares About is Mariachi” gets close to kitsch overload. But the effort’s distinctly Merritt’s and should get a round of applause from the fanbase he’s cultivated over two decades. (Dave Cantor)