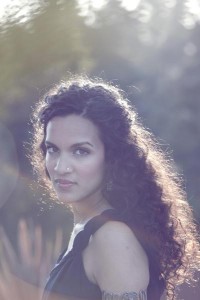 It took a while for sitarist Anoushka Shankar to get out of her comfort zone as an artist. Her first releases mostly consisted of ragas written by her father Ravi, but after 2005’s “Rise,” she began expanding her musical horizons by incorporating jazz, world music and electronica (2007’s excellent “Breathing Under Water” is a great example) while collaborating with other musicians.

On “Traveller” (Deutsche Grammophon), she takes things up a notch by mixing her signature sitar sound with the sounds of flamenco. It is a great exploration of sound, since there are many previously unnoticed similarities between the two genres, and it’s impressive how they gel on this recording, which was made under the production of songwriter and guitarist Javier Limon.

Among the best moments is “Casi Uno,” a Shankar-Limon collaboration that features the heartfelt vocals of vocalist Concha Buika. The Indian percussion fits the music like a glove. Shankar responds to Buika’s voice with great gusto, while Limon’s guitar keeps everything together.  “Dancing In Madness” features both Indian and Flamenco percussion (the latter performed by dancer Farruco and Piraña on cajon), and is a fantastic musical blend, while the opener “Inside Me” sets the tone for this amazing musical journey that we can’t wait to see in a live format. (Ernest Barteldes)