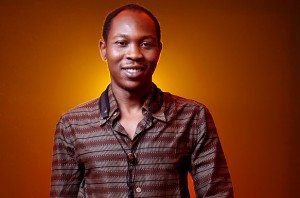 It’d be impossible to ignore comparisons between Seun Kuti and his Afrobeat-defining father, Fela. But pretty much all that should be said is the elder’s voice was a bit fuller. And there’s less Yoruba being spoken on Seun’s recordings. Fela’s youngest son, though, deals in precisely the same music that was bounding around Lagos forty years ago, and he does so with his father’s old band. The past few years have seen a rising political awareness as a result of the world’s economic and political shakeups, so merging distinctly danceable music with radical politics hasn’t wound up sounding dated. In fact, after hearing last year’s “From Africa With Fury: Rise,” it’d be easy to figure Afrobeat’s not been better recorded. Even after the spate of early millennium Fela reissues, the Egypt 80 sounds more taut than a decade back. And with Seun’s exacting commentary on Monsanto and any number of other First World thieves, the revolutionary music seems as if it’s just been updated with new villains and a broader purpose. To be sure, Seun still desires a level playing field in Nigeria, but if there were ever an international rebel music, this is it. At the age of thirty, the band leader finds himself in the company of Brian Eno, who lent his technical talents to Kuti’s latest album. Seun’s upcoming Chicago date comes during the run of a production that details his father’s life on stage. Independent of Fela’s legacy, though, Seun has already proved himself an adept bandleader and songwriter. And while his railing against the masses’ exploitation is only going to entice a very specific type of listener and concert-goer, pushing political issues and broad equality seems like more than enough to sustain this performer until he’s able to reach enough people to effect actual change. (Dave Cantor)