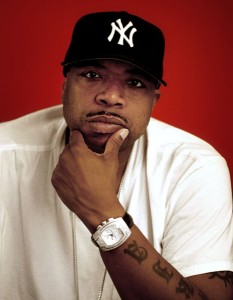 Diamond D and his 1992 “Stunts, Blunts & Hip Hop,” with its spate of guests, went on an expansive journey through storytelling and inimitable beats. Yeah, the date this D.I.T.C. producer is rolling through town for counts as a supporting role–Pete Rock headlines. But that latter figure’s played Chicago within recent memory. And Diamond D ranks as a bit more cultish a producer. While D may not have wound up a huge star in the broader culture, his work has been a part of hip-hop’s evolution for a significant portion of the music’s life. Contributing to Lord Finesse’s “Funky Technician,” Tribe’s “Low End Theory” and KRS-One’s first solo album solidified D’s place amid the genre’s most respected figures. He just never had a huge hit with his own name on it. “Stunts,” as distillation of that early nineties vibe, still holds up. The disc isn’t a themed effort–it just includes everyone from Big L to Brand Nubian (slated for a concurrent performance at the Double Door) and Fat Joe. With so many different hands in the pot, it wouldn’t have been a stunner to find “Stunts” sounding detached and affected. Of course, “Confused” reeks of nineties adult-contempo R&B. But sins of the time should be forgiven, since just about every disc from the period includes a similar misstep–“Lots of Lovin” from Pete Rock and C.L. Smooth’s 1992 effort is basically the same thing musically. Mixing funk, soul, jazz and a few choice rock cuts, though, allows “Stunts” and its endless guest appearances to remain a profound party instead of a weighted-down batch of unrelated tunes. Even if that weren’t the case, D remains a vital part of the hip-hop community, lending work to a recent J-Live release and working with any number of other contemporary rhymers. If nothing else, it’s Diamond D’s birthday. So, celebrate with reverence. (Dave Cantor)