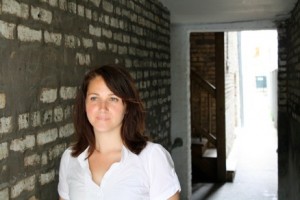 Chicago-based composer, curator and performer of experimental music Nomi Epstein will present a massively ambitious John Cage festival this Friday through Sunday as part of her critically acclaimed experimental concert series “a.pe.ri.od.ic.” A combination of five concerts and theatrical performances of John Cage’s compositions, the lineup includes pieces for toy piano, string quartet, percussion and vocal ensemble. The festival is notable both for its depth and breadth of Cage’s repertoire as well as its focus on some less-performed, rarer works. Newcity spoke with Epstein about how the five performances break down and some of the aspects of Cage’s work.

For many audiences, John Cage will always be 4’33”, and part of what makes this festival exciting is the opportunity to push past this common understanding. At the same time, many of the rarer pieces are extremely challenging and conceptual. Can you frame the festival or introduce a vocabulary that might help newer audiences access the more uncommon pieces?

One of the things I think is really unique about Cage is his huge variation in output… it’s truly unlike other composers. We have a wealth of repertoire here for many different ensembles, and I think the festival touches on a lot of those different areas. For example, many people don’t know that Cage had a strong interest in working in electronic mediums and had enlisted contributions of people who worked within it. The festival also touches on Cage’s very early works, his more theatrical works (he’s known for theatricality, which comes up in 4 ’33”, but perhaps not in a way that is accessible as in the theater piece). Then in the indeterminate works that will be in the last concerts, we should be listening for the shifts: We will hear very different parts of Cage that he explored as he created different kinds of sound worlds. These different moments took up different blocks of time. His early works focus on rhythmic structure, so they’ll feel kind of square, his indeterminate works have kind of a more spaciousness to them… they’re kind of spread out and delve into the particulars of each sound event that happens, so really we’re listening to each tone and then this electronic indeterminacy through the multimedia. Cage is also well-known for his lifelong collaborations with the dancer Merce Cunningham, and throughout his whole life his interest was always also in simultaneity with other artists, working with other types of art, or really having something performed side by side. Even his own pieces were often performed side by side simultaneously. Finally, he has a percussion side which he used in his performances as a pianist early on.

Can you describe the five concerts on the program and what distinguishes or highlights each?

The opening concert is a smaller ensemble work of duos and solos. Although one of the things Cage is most known for is prepared piano pieces, we don’t have any pieces on this, which is actually quite funny. We’re focusing on other keyboard works of his, so they’re not prepared. There’s one, “Suite for Toy Piano,” which is a really fun piece which has gotten a lot of life, performed and recorded all over. Then there’s “In A Landscape,” a very beautiful, most romantic piece, which shows a very different side of Cage. The big piece on the program is “Concert for Piano and Orchestra,” and it’s a piece that only has parts, not full score, and in performance one can choose how many players will be part of it. The second concert is a quartet featuring a number of works for voice by Cage. Many of these are different solos that can be combined. The “Four for String Quartet” is one of the late late works, one of what we call Cage’s number pieces, where he titled the piece by how many people are involved in performing it. The third and fourth theatrical performances at Collaboraction are huge in terms of the pre-performance work that has necessarily gone into them. They were initially performed by a sort of who’s who of the 1960s experimental art and music scene. The score and dancers move and set off reactions which are all quite complicated… an exploration of what exactly it means to set these things off.

It’s been a huge undertaking because it requires such a large team, and the sheer size of the equipment is ridiculous. For example, there will be live projections from large stacked television screens. The final concert focuses on somewhat improvised, indeterminate music for percussion, using a percussion ensemble and an ensemble created specifically for performing Cage’s work.

The John Cage Festival takes place at various locations throughout Chicago April 13-15. Visit aperiodicchicago.com for more information. Tickets for each of the shows range from $12 to $15.