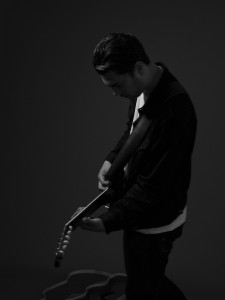 Residing on the West Coast hasn’t disallowed Hanni El Khatib from cultivating a sound that touches as much on Tav Falco’s precedent as it does what all those Bomp! bands were up to during the eighties. El Khatib began issuing work a few years back after ditching the Bay for the sun-soaked pavement of Los Angeles. And while there wasn’t an immediate embrace of his garage machinations, he’s already toured Europe, hit SXSW and issued a long-playing album—not to mention scoring deals with major corporations, placing his work in national commercials. All that sounds like another music industry dream come true, but the time El Khatib spent in the design world is what made it possible. Professing an appreciation for golden-era rock ‘n’ roll—and including a bizarre cover of “Heartbreak Hotel” on his “Will the Guns Come Out”—points to the performer’s appreciation of an era when American culture was becoming bolder. El Khatib’s world of interests could easily reside in a hefty prequel to “Mad Men.”  “Wait. Wait. Wait.” aims at a simple folk style, hits it musically, but leaves a bit of room for improvement on the vocal end of things. Pretty much the same thing can be said for “Garbage City.” And his “You Rascal You” is a dead-on Jack White impersonation—yeah, that’s a reductive summation, but an apt one. Fortunately or not, the singer comes along at a time when noisenik guitar dudes fleece blues riffs on a daily basis. Thus far, the SoCal transplant’s been well received, but with Grammys being handed out to folks doing roughly the same thing, there may not be a tremendous need for the independently released version of it all. Tossing in a Funkadelic cover’s a nice touch, though. (Dave Cantor)