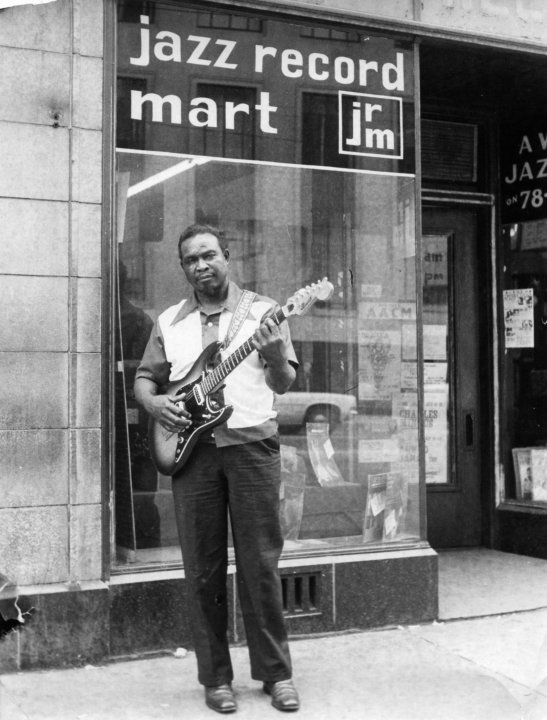 Like San Francisco’s City Lights Bookstore, the Jazz Record Mart has survived for fifty-five years not only by selling art, but by becoming an integral part of the social, artistic and inspirational fixture that supports the creation of it.

Today, the store at 27 East Illinois features a selection of more than 15,000 jazz, blues, folk, big band and world music CDs. It also contains another 15,000 records, cassettes and DVDs. Jazz fans regularly arrive from as far away as Japan, the Ukraine, France and England, coming to look through the aisles of bins denoted by an uncorporate array of white plastic sheets featuring the artists’ names scribbled in magic marker, selling for as little as ninety-nine cents.

But the Jazz Record Mart did not gain its worldwide reputation by simply selling records. During its heyday, the JRM’s bulletin board and aisles served as a more socially interactive precursor to Craigslist: The store was a place where musicians found gigs, bandmates, business contacts and even a place to stay. Sixties rock icon Mike Bloomfield, harmonica legend Charlie Musselwhite, Alligator Records’ founder Bruce Iglauer, and dozens of other musicians, writers and critics all worked behind the store’s counter.

The real magic at the Jazz Record Mart occurred in the basement and back rooms. During the mid-1960s to early seventies, the store at  7 West Grand served as the offices, packaging plant and warehouse for Delmark Records. In the mid-1960s, Delmark changed the face of contemporary jazz by recording avant-garde artists like the AACM, Roscoe Mitchell and Anthony Braxton. On the blues side, Junior Wells’ “Hoodoo Man Blues” and Magic Sam’s “West Side Soul” updated the world of Chicago blues—and are still the store’s best-selling creations. The Jazz Record Mart and Delmark will forever be linked, and the glue that holds them together is JRM’s president and founder Bob Koester. 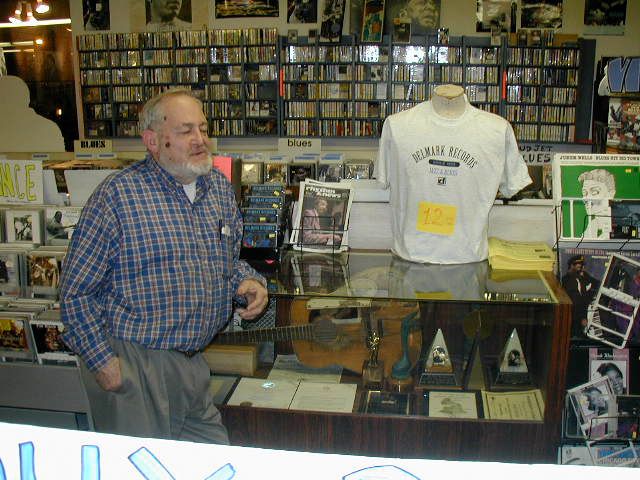 A native of Wichita, Kansas, Koester traveled to Chicago in 1958 after having some success selling and producing records in St. Louis. “In August of 1958 we began working out of an apartment on Chicago and Wabash, but in March of 1959 we bought out Seymour’s Records, which was located in the Roosevelt University Building,” Koester says from his office at The House of Delmark near Irving Park Road and the Chicago River.  “Seymour was a trumpet player and wanted to devote more time to his music.”

In 1963 the expansion of Roosevelt University prompted the JRM to move to a location at 7 West Grand. “The store on Grand wasn’t much more than 650 square feet, maybe another hundred if you included the basement,” Koester says. “At that time we were beginning to do more recording, but there wasn’t a pressing plant in Chicago that met our specifications so we had the records pressed in Phoenix, and then they would ship them here where we packaged them and put them in their sleeves. They came in batches of one-thousand and we could only hold about three hundred so the space became a little crowded.”

Koester had some success recording artists like Big Joe Williams, but the Delmark label really took off artistically when Koester began to produce albums by the Association for the Advancement of Creative Musicians (AACM). Featuring anti-melodic lines, and honking and wailing bursts from instruments often not in harmony, it changed the way many jazz listeners and critics viewed the music.

“Jazz goes through changes,” Koester says, surrounded by a library of records, catalogs, CDs and reel-to-reel tapes. “Some see this as improvement but I believe each style does not supplant the other, only chronologically. I knew I wouldn’t find another Louis [Armstrong] or Charlie Parker. It had been almost twenty years since Parker came onto the scene, and I was aware that things in jazz were changing beyond my ability to fully appreciate them, so in 1964 we put out an Archie Shepp record, and later put out several albums by groups like the AACM. Fifty years later they are still calling it the avant-garde.” 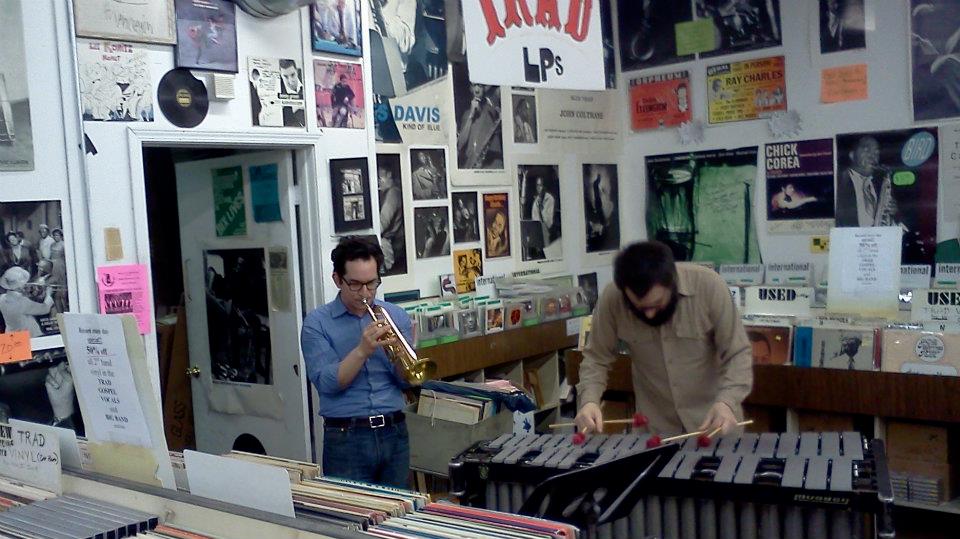 On the blues side, Delmark not only helped to elevate Junior Wells and Buddy Guy as major stars, but also changed the creative aspects of the music. When it released “Hoodoo Man Blues” in 1965, it gave Wells and Guy the creative liberty that even rock artists like The Beatles were just starting to enjoy.

“‘Hoodoo Man’ was the first time that a working blues band went into the studio with the sole intention of making an album,” Koester says. “Before that artists were limited to cuts of two minutes and thirty seconds, which were strung together to make an ‘album,’ but ‘Hoodoo’ had no time constraints or preconceived commercial notions.”

In 1971 Koester moved Delmark Records into its own building at 4243 North Lincoln, and in 1981 the JRM moved around the corner to a larger store at 11 West Grand. While still recording an estimated twelve new records a year, Koester also expanded by  buying up dozens of out-of-print labels and masters. Neither the declining popularity of blues and jazz, nor the changeover from records to CDs nor the actions of an unscrupulous store manager could deter JRM’s success, and in 1995 the store moved to an 8,000-square-foot  location at 444 North Wabash.

Billed as “the world’s largest jazz record store” it was a place where you could easily lose a day reading labels, liner notes and looking at the incredible artwork from the jackets of the vinyl LPs.

In 2005 the store was forced to move to a smaller location at 27 East Illinois. In doing so it lost its performance space (shows are held at a bookstore next door), its large signage and visibility and business generated by the foot traffic at the “above ground” location. This reduction in space is primarily the result of losses in revenue due to online pirating.

“A few days ago I saw a kid looking through the LPs and CDs, some of which were selling for as little as two dollars,” Koester says. “I asked him whether he paid to download things and he answered that he usually did not. Doesn’t he know that by not buying a CD he is fucking not only people like me, but the artists, writers, producers, the publisher, reps—everybody who helps to sell and create music?”

Now almost eighty, the feisty, bearded Koester still shows up six days a week at either the offices of Delmark or the JRM. “The legislation in France [the “three strikes law” passed in 2009] has brought back the business there, but Congress can’t get its act together on anti-piracy laws here, mostly due to TV ad campaigns bought by corporations. But it is something that everybody in the music industry has to continue work on in order to keep going.”

Jazz Record Mart will be hosting a number of events on Record Store Day, including in-store performances by Steve Marquette/Keefe Jackson group at 11am, Delmark blues recording artist Rockin’ Johnny at 1pm and The Nick Mazzarella Trio at 3pm.