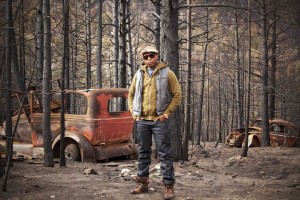 Appearing on Mood’s 1997 “Doom” and giving what can only be figured as a sermon, Talib Kweli arrived in hip-hop’s recorded history at an auspicious time. Mood never inspired fanatics too far beyond its Ohio borders, but it should have. The Cincinnati group also granted Kweli a ruthlessly creative forum to speak and began the MC’s professional relationship with DJ Hi Tek, a producer who would work on the Black Star album and rank as half of Reflection Eternal. Those projects–and specifically Black Star’s “Definition”—aligned the Brooklyn MC with a wave of performers as politically aware as they were lyrically talented. Unfortunately, the combination rarely results in commercial success. The DJ Quik-produced “Put it in the Air” is playful enough to get over, despite the fact that the beat Kweli goes in on seems better suited to Bay Area slang slingers than an East Coast intellectual. It’s that sort of combination Kweli banked on making his 2002 “Quality” a sizable success. It wasn’t, and the whole effort still seems awkward, even as the disc’s objectively immaculate with clean production, interesting musical selections and Kweli’s take on political troubles and personal strife. The last decade’s found the MC pursuing a higher profile and some commercial success—things that have continued to elude him. Luckily, Kweli hasn’t turned in anything that could be misconstrued as dismissive of his early career highlights. Subsequent triumphs just haven’t flowed as freely as the MC’s rhymes. Still an undeniable talent, the rapper hooked up with Madlib for a disc, “Liberation,” which wasn’t afforded its due. “Gutter Rainbows,” released last year, counts endless contributors aimed at lending the disc enough variety to land a cultural coup, elevating Kweli to a new level of notoriety. It didn’t happen, but the disc was Kweli’s foray into helming a digital product. No one else has figured out how to subsist solely from a digital product for a sustained amount of time. If someone can, though, it’s Kweli. (Dave Cantor)