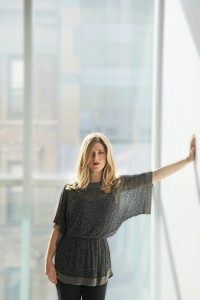 If singer and guitarist Dar Williams didn’t have an idyllic voice, she could have sidled her way into the anti-folk scene about the time her earliest self-released tapes began circulating. She can be as caustic as anyone else armed with just a guitar and a set of pipes. But being a Joan Baez disciple—the pair toured together a bit during the nineties—means Williams values her singing abilities. Coupling that sort of talent with occasionally almost-comedic lyrics makes for an odd combination. Her 1996 album “Mortal City” includes works like “The Christians and the Pagans,” which unravels a quick story about two contrasting camps, but groups who can get along when thrown together. There was always a bit of supplemental instrumentation on Williams’ work, even dating back to those independently issued tapes. But her proper recording career began with a fuller band sound being added in. Some instances of the approach make it and others just find Williams sounding like an adult-contempo hack. Luckily, there’ve been just as many guitar and vocal recordings as anything else. And on the “Many Great Companions” album, which counted Jayhawks’ Gary Louris as producer and musical guest, Williams unlooses some warmly recorded tracks examining the human condition. When not writing earth warrior diatribes, Williams engages one of the oldest traditions in entertainment. Love songs might sound trite in the hands of some lesser performers, but Williams can get away with just about anything because of her voice. That’s what makes the newly issued “In the Time of Gods” frustrating. The majority of her work here includes a slew of musicians, but works best when country concerns get a hold of the album’s contributors. “You Will Ride with Me Tonight” should be in regular radio rotation in Oklahoma. Surrounded by pop clunkers like “Summer Child,” it only gets more and more difficult to pick out the gems. (Dave Cantor)