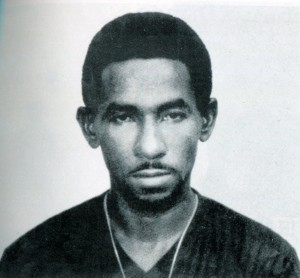 It seems that every year a new compilation gets sewn together displaying a unique slice of Lee Perry’s career—and somehow, each is entertaining. There are apparently so many different mixes and unreleased tracks in Perry’s history—even though his Kingston studio burned down and took tapes with it—that the deluge of albums isn’t set to slow. Issuing “High Plains Drifter,” the Pressure Sounds imprint seeks to cover the period of time after Perry pulled back on performing and began his focus on productions that would wind up taking his music to a buncha Britishers. Those folks on the better-monied island helped make Perry an internationally successful weirdo, instead of just some geek on display for locals to wonder at. It was during the early seventies that skinheads emerged in the UK, and their dance music of choice was the soul-cum-island styles Perry was dealing in. Recording Junior Byles and his “Rub Up Festival ’71” could have moved a dance floor with relatively little effort during the time it was recorded. But Perry, in such a work-place fervor, was involved in the recording of so many different acts at the time that none are totally representative of his work–the Faithful Brothers’ “Iniquity Workers” takes a dramatically different lyrical tone. As wild as Perry’s work behind the boards became in the years following the time anthologized on this latest disc, albums under his own name took on startling forms. Leading off Perry’s 1980 “The Return of Pipecock Jackson” is an eleven-minute stream-of-consciousness rant over a rather traditional-sounding track—for this guy, at least. He rattles off phrases like “Ethiopian firemen.” Given the fact that Perry titled the song “Bed Jamming,” who cares what it means? That was over thirty years ago. And somehow, Perry’s just as bonkers today. (Dave Cantor)