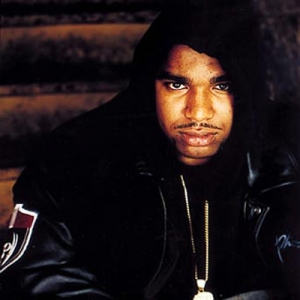 N.O.R.E’s rap career is almost as twisted and strange as his namesake Manuel Noriega’s political one, and much like the famed Panamanian solider-cum-dictator, N.O.R.E’s infamy has had more of a slow decline than a spectacular flameout. While a respected emcee amongst insiders and heavy rap cats, particularly those who had cut their teeth in his late-nineties/early-aughts heyday, popular attention for the LeFrak City-born rapper has waxed and waned.

N.O.R.E could forever be exalted in hip-hop for his contributions as one half of Capone-n-Noreaga—the second greatest rap group ever to use the name-dash-n-dash-name format—alone, even if he never released another track again. 1997’s “The War Report” may be the hardest album of all time, a masterpiece of the form that helped rocket the East Coast wave of gangsta-leaning rap into the rarified air of True Art. The album served as a throwback to the steel and grime of New York City, rejecting the more polished, futuristic bleep-bloops that would soon find their way to the forefront. N.O.R.E, Capone and Tragedy Khadafi, along with stalwarts like Mobb Deep and Nas, helped form the last line of defense before all of hip-hop inevitably fell to The Neptunes sound. Ironically, The Neptunes would produce the hit “Superthug,” straight off Noreaga’s immensely successful eponymous solo debut.

A second chance to shine came from an unlikely place: the sudden emergence of reggaeton in the mainstream in the mid-2000s. N.O.R.E. capitalized, riding his Puerto Rican heritage and serviceably Latin rhymes to number twelve on the Billboard Hot 100 in 2004 with “Oye Mi Canto,” before following up with a mixed rap/reggaeton album “N.O.R.E. y la Familia … Ya Tu Sabe.” Bouncing about upon the ubiquitous, unmistakable bump-de-bumpbump, he showed something many of his peers did not: a willingness and ability to adapt and change his flow. In the years since the boricua bubble burst, N.O.R.E. has released a few more solo and Capone-N-Noreaga records, all of which failed to gain the traction of his earlier releases.

N.O.R.E. has a flow similar to his other New York City peers, highlighted by a buoyant viciousness and bombast that set him apart from the more seething styles of Mobb Deep or the smooth whimsy of Jay-Z but kept him away from the comically hard edge of artists like DMX, Ja Rule and Busta Rhymes. He sounds both dated and unique, and serves as an interesting time capsule of a fast and exciting time in rap, the last days of Gotham’s undisputed reign before the levies truly began to break. (B. David Zarley)