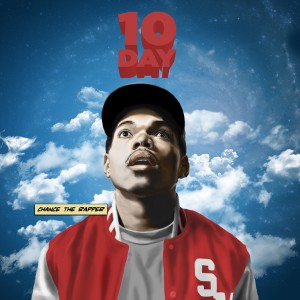 Chance the Rapper could be considered an anomaly of sorts, a fresh face with a slight pinch of the past that, quite frankly, only became the past very recently, swept up in an onrushing subgenre that has surfaced seemingly out of nowhere with a ferocity and speed that is exhilarating. With most of Chicago’s burgeoning hip-hop clout being lavished upon the Drill Music scene, and rightfully so, Chance has become something of a throwback even as he walks in the door. Drill artists like King Louie, Chief Keef and Katie Got Bandz glide over heavily Trap-influenced beats; massive, stomping things with the subtlety and ferocity of a Tyrannosaurus Rex, set apart from their Southern brethren by the detached, calm delivery applied over them, which gives the entire genre a sense of mellow horror unlike anything else out there.

Chance avoids the Drill Music wave, riding instead with the clever, youthful exuberance of The Cool Kids and a tongue-in-cheek application of serious skill rivaling the likes of Curren$y. The beats on his 10Day mixtape show far more musical variety than the foundation-rattling pieces currently dominating the scene—including a daring sampling of the Isley Brothers’ “Between the Sheets” by Caleb James that manages to both pay homage to the original and largely avoid the inevitable Biggie comparisons—and Chance approaches them all with a sing-and-say flow that dips and soars and ducks and saunters, changing pace from wispy molasses to schoolyard clipped to the considerable speed of a semi-automatic.

It has been fast times for Chance recently, as it has been for many young Chicago cats. A spot at this year’s South by Southwest elevated the SaveMoney rapper’s profile to another level, his name being bandied about with the likes of Jon Connor and Mr. Muthafuckin’ eXquire. The buzz garnered by the excellent 10Day tape amidst Drill music’s irrepressible advance speaks volumes about his talents. Riding the same wave as his peers, but on an entirely different sound, Chance adds a little flavor to the city’s recently exposed underground, a powerful sign of a healthy scene with a more heterogeneous sound and talent base than it is currently being given credit for. (B. David Zarley)