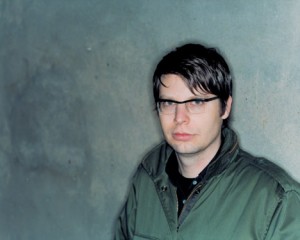 Part of what’s set to make the Loops and Variations series an interesting idea is the contrast between electronic productions and the outdoor venue. Despite Pritzker Pavilion’s futuristic, shiny bouffant, it’s still an outdoor venue, offering as much space to sprawl out on the grass as in proper seats. Three distinct acts kick off the summer series, with Louisville-based Casino Versus Japan dispensing the easiest-to-palate take on electronica. Chris Clark, a Warp Records affiliate, will work in more frantic dance terms at this outdoor gig. But it’s the Jan Jelinek and Andrew Pekler collaboration that’s bound to be the most intellectually stimulating—and least likely to get folks on their feet, swaying through the Chicago evening. Jelinek’s career stretches back to the nineties with a steady stream of recordings continuing into the following decade. It’s the Germany-based producer’s varied take on electronics, ranging from minimalism to almost trip-hop, that’s made his work such a consistently rewarding listen. After the quiet “Loop-finding-jazz-records,” issued in 2001, Jelinek returned a few years on with “Kosmischer Pitch.” The disc doesn’t dish out kraut-jams, but repetitive whirs and glitches, hinting at Germany’s history of merging beat music and electronics. It’s a reasonably organic-sounding album, with “Universal Band Silhouette” arriving as if it could have been a Digable Planets beat. But what brings Jelinek and Pekler to the stage is the pair’s exploration of Ursula Bogner’s music. Unreleased until Jelinek’s Faitiche imprint issued her work, covering several decades of recordings, Bogner began experimenting with synthesizers during the late sixties without ever making her work public. If not for a chance encounter on a plane, Jelinek wouldn’t have ever gotten the chance to hear it, either. Luckily, what the producer happened upon was strong enough—and vast enough—to fill out a few albums. How he and Pekler intend to improvise with Bogner’s decades-old recordings will surely rank as a Loops and Variations’ summer highlight. (Dave Cantor)