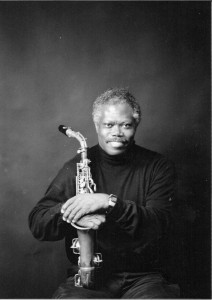 Forsaking broad listenership for artistic responsibility isn’t a new story. Doing it for forty years though, while industry trends teeter one way and then slowly drift back, takes immutable determination.

Joe McPhee, a Poughkeepsie, New York-based player as equally adept on brass instruments as he is on reeds, began his journey through jazz and improvisation as a child, first taking up his father’s trumpet. Though he was encouraged to specialize in the instrument, McPhee felt it an imperative to branch out, in part due to hearing John Coltrane’s work.

Never relocating to a major metropolitan area for an extended period of time may have diminished McPhee’s chances of being mentioned in the same breath as Archie Shepp or Clifford Thornton. But since he performed with both of those players, it doesn’t matter much. And in some ways, McPhee’s life being removed from New York has enabled him to forge an utterly unique path during a sprawling career. That serpentine road keeps running through Chicago.

Over the past decade and change, McPhee’s catalog has garnered greater attention as a result of John Corbett’s desire to properly document an important American musician. The pair’s relationship begins well before the Corbett vs. Dempsey Gallery owner’s 2000 reissue of McPhee’s 1971 “Nation Time.”

“I’ve known [him] since 1985,” McPhee says of Corbett. “[I]  had a concert in Boston, and there was a hurricane—Gloria—which came up the coast… It was John and two or three other people. John was sober and listened to the music. The other guys were just drunk.”

There wasn’t immediate discussion of taking McPhee’s music to a wider audience, just two fans of adventurous music bullshitting as a storm ran its course outside.

“John’s been really important in bringing back some of my music that had been missing for over forty years—some of it I thought would never be released,” McPhee says.  “But he was interested in it. These new recordings that he’s putting out from Hat Hut, it’s the first time they’ve been on CD.”

“Glasses” and “Variations on a Blue Line: ’Round Midnight” are the two latest albums to get the Corbett treatment. Each disc comprises an in-concert solo recording McPhee worked up during 1977, which were released two years later through the Swiss Hat Hut Records imprint. The label initially functioned as an outlet solely for McPhee, broadening its scope to issue work from players like Max Roach and Steve Lacy, the multi-instrumentalist says.

It’d be easy to overstate the importance of this pair of discs being reissued. Neither effort sold a huge number of copies upon release in the seventies, and the reissues are something of a boutique affair. Moments on both albums, though, warrant feverish re-examination. Playing improvised, and sometimes difficult music, can be misconstrued to mean McPhee passes up the chance to play ballads. Amid all those righteous squawks on “Motian Studies” from “Variations,” McPhee breaks into some sort of trancing and somber mode. It’s solemn and sturdy. High-pitched and almost impossible for McPhee to render again note-for-note. The music’s a communiqué from a boundless and creative mind.

“There’re several things that I could repeat,” he says. “I don’t do that much anymore, but I could. I’m not interested in repeating what I did today, I’m a different person tomorrow.”

Meeting Pauline Oliveros, a professor of some renown and an important figure in establishing Oakland’s Mills College as a center for exploring electronic and experimental music, didn’t change McPhee’s approach to performing or improvising. But McPhee playing along with her group on albums like 2003’s “Unquenchable Fire” helped push him further from written composition.

“I’m more and more interested in improvised music. And of course, now we have the ability to record everything,” McPhee says, “which is a much more accurate example of what things are in real time. I’m not opposed to written music, I just prefer improvising.”

McPhee’s ability to improvise on any chosen instrument’s easily matched by his substantially broad interest in politics and art. His music’s best when they all mix.

Playing a solo set at Corbett vs. Dempsey during the tail end of 2010, McPhee coaxed the soul out of his soprano saxophone, taking only momentary breaks for the better part of an hour. People pushed up against the gallery’s back wall and listened. “God Bless the Child” was tucked into one of his improvs, somehow unnoticed by the crowd. It was only a moment of inspired playing, one McPhee might not even exactly recall. But Billie Holiday’s composition continues to resonate.

“It’s really significant in this time of economic downturn, when everyone’s worried about how they’re going to survive,” McPhee says. “The sentiment of that piece—‘God bless the child who’s got his own’ when everything else is falling apart, that really interests me.”

That Holiday song was written in a different time about a separate era. And McPhee’s skills have remained unique during his own tenure in music while the avowed sci-fi fan excitedly peers into the future.

“I’m not going to live forever. I’m in a period right now, when I do whatever I want, I meet more people,” he says.