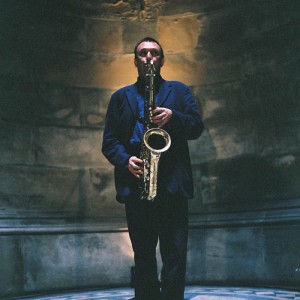 Neon Marshmallow should be commended for supporting a wealth of music—a significant portion of it not being meant for the general public. So, working up the concept of pairing a few different musicians together and finding out what happens on stage seems like a good idea. With the notion of improvised music lurking behind the night of duos at the Bottle, it seems odd that the bill includes folks who have significant histories playing together—hopefully spontaneity won’t be in short supply. Headlining the event are Sam Prekop and Archer Prewitt, who make-up two-thirds of The Sea and Cake. Their set won’t likely touch upon work the pair’s best known for, but John McEntire’s absence doesn’t necessarily guarantee adventuresome music. Transplanted composers Joe Mills and Olivia Block have in the past worked up multimedia elements for individual performances. There’s bound to be some wonky keys at work, but whatever else supplements the performance should enrich the evening. So, with those two duos performing, John Butcher and Thomas Lane serve as the meaty middle act. Butcher’s been experimenting with what sounds can be pushed through the bell of a saxophone for a few decades and hasn’t satisfied himself as of yet. Considering the guy’s more than capable of playing solo for a few hours, Lane’s interwoven synthesizer’s only going to embolden the improviser. And while Butcher’s playing usually takes the room’s acoustics into account, something the Bottle might not necessarily foster, the shabby bar setting is distinctly unique from the reclaimed DIY spaces and revamped churches fans can usually catch the guy playing. The concept behind these three distinct sets of music is interesting from the outset, whether the evening will be a steady stream of adventurous music—and the precursor to similar future events—or just a good idea that didn’t go anywhere, remains to be seen, or heard. (Dave Cantor)