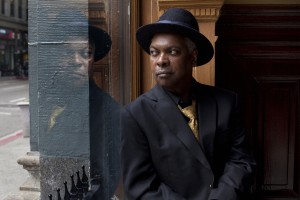 “I don’t know if an artist can really consider himself part of the industry–I think your fans make that decision for you,” Booker T. Jones says of his six-decade career as a keyboardist, producer and arranger.

Booker T. usually has “& the MGs” tacked on the end, but lately his name has been followed simply by the surname Jones. While that quartet’s Memphis soul stew still looms large over just about anything affiliated with funk, Jones has been writing and recording new music for the past few years, first offering up 2009’s “Potato Hole” and then last year’s “The Road from Memphis.”

Prior to those releases, Jones went without an album under his own name for almost thirty years, explaining why the keyboardist speaks of his career in disparate parts: There’s his time with the MGs, a few decades in northern California and now his life in Los Angeles. What’s been consistent is the man’s influence and a desire to advance his craft.

“I did some producing,” Jones says of the time away from recording his own work. “I did road work with Neil Young… but I used the time to reeducate myself: I learned digital recording, I continued to practice. But it did take a while for me to get to the point where I could be released again.”

Jones says he’s a better player now than during his Stax Records’ heyday. It’s hard to believe after taking a listen to work like “Slim Jenkins’ Place” off the MGs’ 1967 “Hip Hug-Her.” Somehow, the composition’s all tension without release. Percussion drives the song as a piano vamps in the background, and Jones rolls off bluesy line after bluesy line, complementing Steve Cropper’s descending guitar chords. The song wasn’t a chart topper, but Jones’ career wasn’t ever short on those.

“We made ‘Green Onions’ in June 1962,” he says of the group’s first definitive hit, “and I enrolled [at Indiana University] in September.”

Jones studied music theory as a student, and his alma mater recently granted him an honorary doctorate. Of course, the career he began at Stax was woven into those years at school. And upon the completion of coursework, the keyboardist hit the studio and the road.

Growing up in the South, Jones was exposed to a wealth of music—he was a fan of funky jazzbo Brother Jack McDuff as well as performers who defined country music like Hank Williams and Kitty Wells. Jones’ aptitude to digest and synthesize whatever music he heard culminated in sessions with Willie Nelson, he says. The pair went in on 1978’s “Stardust,” a collection of Nelson’s childhood favorites, cutting a path back through all of American music.

The album is unmistakably marked by Nelson’s classy vagabond persona Nelson, but Jones arranged the entire affair. And picking out those swelling organ chords, it’s easy to tell the Memphis native marked country music as much as the music’s spirit touched off Jones’ desire to keep stretching out.

“I’ve learned from all the people I’ve played with,” he says. “I’ve always had a diverse musical palette that I love to paint from.”

Issuing his latest discs, Jones first pulled in players from the Drive-By Truckers and more recently the Roots. It’s that latter Philly-based group that helped Jones expound on his funky legacy, connecting a Memphis upbringing to other music birthed in the South.

“That had a lot to do with the people I played with,” Jones says of his subtly shifting funk. “They were highly influenced by Memphis and New Orleans—?uestlove, Captain Kirk and Owen Biddle. It’s one of the reasons I was happy to be playing with that group.… [New Orleans’] The Meters, when I’m talking to those guys, it’s like talking to my own guys.”

With the MGs and the Meters set up as disparate takes on funky soul stuff, it’s surprising to hear “The Hive” off Jones’ “The Road from Memphis.” Backed up by the Roots, his lyrical performance makes sense, and also seems to shorten the distance between Memphis and that Southern port city down I-55.

Blurring distinctions—as Jones did while playing with an integrated band in the early sixties—and moving at his own pace is something the keyboardist has done in his personal life just as frequently as on record.

He’s in the process of writing up his memoirs without the burden of any sort of schedule. It’ll just flow out of him like the endless boogie etched in the grooves of all those MGs’ records.

“I’m working on the book myself… I just recently got an agent, last week,” Jones says.

It’s a big story and only getting bigger. The spate of international touring the keyboardist has in his future will likely take him down some new roads, thoroughfares a kid from Memphis could have never dreamed he’d travel. All those nights on planes and in buses should provide fodder for a few more tales to throw in that ever-expanding book.