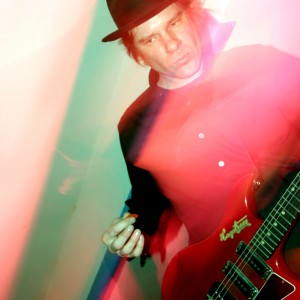 There are a few figures still kicking around the American underground who can and should rightly be credited as independent artists who can do just about whatever they want outside the major-label system. Over a career that’s spanned several decades, Jack Yarber has recorded in a slew of different genres, turned over garage’s rotting corpse, cranked up some party music and slowly allowed music most would associate with his Southern upbringing to flood new recordings. Beginning with the Compulsive Gamblers, which didn’t garner too much attention during its initial run in the early nineties, Yarber hooked up with Eric Friedl, a Memphis denizen and took along Greg Cartwright (The Reigning Sound) from his then-current ensemble to form the Oblivians. That was 1993. In just five years, the trio issued a handful of singles, in part collected on “The Sympathy Sessions,” and three studio long-players. At its most reductive, the group’s music is garage-based. But by the time “…Play 9 Songs With Mr. Quintron” rolled around, there were enough gospel and classic country sounds added in to point toward a breaking point. The 1998 disc was to be the Oblivians’ last proper release, with Yarber going on to work with Tav Falco and putting time in on the Limes project, something of a well-kept Memphis secret. He also put together the Tennessee Tearjerkers, the band Yarber tours and records with most frequently of late. Efforts like 2006’s “The Flip Side Kid” slow down pacings substantially from the Oblivians’ heyday, but the same sort of drunk, staggering blues remain the base of Yarber’s tunes. There’s just more twang on “John Holmes Blues” than punkier songs like the decade-old “Memphis Creep” could handle. So whether or not Yarber shows up in Chicago with a brimmed hat hanging down over his eyes while he moans out some drinkin’ songs, every punk and garage band working to put out low-rent singles from their apartment owes this guy a debt of gratitude. (Dave Cantor)