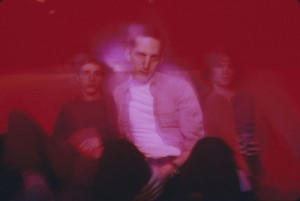 Maybe it matters how fast or slow a band plays. And maybe some intellectual reasoning behind it all makes the impulse to work in those tempos interesting. But Codeine feels like another band fondly remembered for what it meant to fans during the trio’s run during the early nineties rather than for any significant contributions to underground rock. Sure, bands and genre names crop up in the wake of the New York ensemble’s dissolution, but that doesn’t make the music too much more gripping. The pervasive downer aesthetic scrawled all over Codeine’s pair of long-players is charming in a dingy thrift-store kind of way.Chicago’s Numero Group is repackaging those discs along with an EP, making for an interesting historic curio—but reading the liner notes has gotta be more enthralling than watching the band perform. There’s even a bit from Sub Pop founder Jonathan Poneman. And with Henry Owings, “Chunklet” founder, designing the box set, the whole thing is a well-wrought collector’s item with a few notable pieces of music. Halfway though “Frigid Stars,” Codeine’s 1990 Sub Pop debut, “Second Chance” ups the gloomy quotient with just the benefit of squealing guitar and a few choicely plucked bass strings. Separating this particular composition from the rest of Codeine’s output is nothing more than the ensemble’s choice of instrumentation, but it’s a bold one. And vaguely psychedelic. On the ensemble’s 1994 “The White Birch,” its last recording, “W.,” is an instrumental piano interlude. Another seemingly odd choice for the band, the composition ramps up Codeine’s narco-laziness. This reformation may point to various historical implications, but Codeine’s really just another sappy rock band with some vaguely experimental inclinations—a reasonably early one in the music’s development. But showing up first doesn’t generally turn out well for creative types. (Dave Cantor)