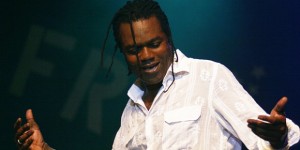 Sound Culture Center for Global Arts is a bit of a misnomer; the center, in fact, is mostly just one guy, David Chavez, working tirelessly to keep Chicago’s international music scene flourishing with high-quality performances.

“For the most part, it’s my blood, sweat and tears,” says Chavez, along with “contributions of a lot of people that have helped me along the way.” About three years ago, Chavez says he saw a void in the city’s music scene. The HotHouse, where he had been a program director for years, had closed down, and Chicago was missing an active agent for promoting both international touring artists and Chicago-based international music artists. So Chavez, a longtime DJ, started Sound Culture, which brings artists to town, books local artists, and organizes acoustic series and music festivals.

One of Chavez’s many projects is the annual Celebrate Clark Street festival in in Rogers Park, organized in conjunction with the Rogers Park Business Alliance. Celebrate Clark Street has expanded beyond a community celebration to become a huge world music festival, “the only world music street party in the city,” says Chavez. However, the festival is staying connected to its local roots, an increasingly rare phenomenon in an era of huge corporate-run festivals. Part of the difficulty in organizing independent festivals is the rising cost of using city space. The City’s notorious parking deal means that anyone putting on a festival would have to reimburse the corporate owners of the parking spots for lost revenue—potentially up to $6,000 a day, said Chavez.

However, not all the city’s decisions in recent years have made local music suffer. Asked about how Chicago’s music scene has changed, Chavez cited Chicago’s programming at Millennium Park, which has had a greatly expanded audience in the last five years. The international community has changed, too, with global collaboration more possible than ever. “It’s been amazing the way you can work across continents,” says Chavez. “You can have someone producing beats in the US and someone in Mali laying over guitar riffs and someone somewhere else laying some synths. You don’t have to be in one room anymore to produce a great song.”

This summer, Sound Culture brings some acclaimed world musicians to the city, among them Novalima, Luisa Maita (recently named “the new voice of Brazil” by NPR), and a group of Madagascan artists involved with the anti-logging tour Wake Up Madagascar. This Friday’s show at the Mayne Stage presents the Congolese, L.A.-based artist Ricardo Lemvo with his band Makina Loca, whose music blends Afro-Cuban and pan-African styles. Chavez says he’s excited about every single act. “I won’t book a show that I won’t want to go to myself.” (Alli Carlisle)