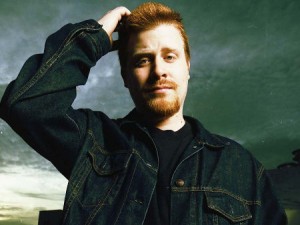 Few artists can claim as distinguished and influential a career as El-P. From his days in Company Flow to the founding of iconoclastic label Definitive Jux to the present day, the former El Producto has never been far from a mic, and his influence has never been far from the industry. El-P took the hard New York City sound and dragged it through the mud, crafting atmospheric cuts for his intellectual and exquisitely designed bars. It’s a style that established an entire sound, one that would later be represented by the Def Jux label. This combination of frightfully dark and grimy production with transcendent lyrical skills made El-P and his label-mates subterranean legends, skipping past the Vanilla Underground emoting of their aughts contemporaries at Rhymesayers and forging a brutal underground scene still plied today.

El-P brings Killer Mike to this Bottom Lounge date, creating a double-bill atmosphere, as the rugged Atlanta-based emcee, coming off the critically acclaimed “R.A.P Music,” which El-P produced, is a gifted spitter of his own, with a thick and hard flow and a gift for tastefully aggressive bars in the same vein as David Banner and Scarface.
Listening to his latest release, “Cancer 4 Cure,” or hearing him fit in flawlessly with Das Racist, Despot and Mr. Muthafuckin’ eXquire—the later two move in the same lane he helped to create, while the first group undoubtedly benefited as well—it becomes apparent that El-P’s rapping may not have been ahead of its time so much as it operates outside of time. The delivery, the timbre, the imagery—all combine seamlessly to forge a style that seems capable of operating in any and all eras and ages, joining such hallowed voices as Rakim, Ghostface Killah, Krayzie Bone and Snoop Dogg on the shortlist of Iconic Flows. Such emcees are immune to rap’s fickle whims and shifting aesthetics; with his machine-like technical proficiency and human viscera, perhaps only Rick Deckard could render El-P obsolete. (B. David Zarley)
July 6 at Bottom Lounge, 1375 West Lake, (312)666-6775. 7pm. Despot and Mr. Muthafuckin’ eXquire open. $21. 17+.