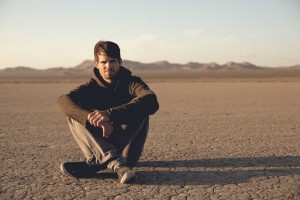 As Tycho, Bay Area designer Scott Hansen expands his digital purview from visual patterns to the auditory type. There’s an unsurprising confluence behind his work: Tycho’s IDM summoning calm colors and rounded-off shapes are detailed in Hansen’s visual work. And over three full-length albums, the producer has mellowed, leaving some of the most overt references to hip-hop behind, even if a few still crop up. Turning in 2004’s “Sunrise Projector,” Hansen crafted a few tunes he’d revisit—the title track and “Past is Prologue,” the latter serving as the eponymous composition for a 2006 project. It’s here that some of that rap backbeat gets traded in for production most would connect with Euro-laptopers and Stateside acts like Daedelus. As with those other folks, Hansen enjoys a bit of deft wordplay, coming up with names like “Cloud Generator” as song titles, mixing digital-age ideas with nature—something his design work dabbles in, too. With a cover that looks eerily similar to the Eternal Tapestry/Sun Araw collaboration “Night Gallery,” Tycho issued “Dive” late last year, including a touch of spacey psychedelia that coincidentally ties the music into that other psychedelic disc. What makes “Dive” an intriguing listen—if not utterly unique—are its disparate parts coming together. “Adrift” sports drum programing fit for any nineties Daisy Age rap track while dusty keyboards float through the song, interrupted occasionally by some strummed strings and wavering production noise. The song’s not a crystalline distillation of Tycho’s musical interests, but includes a proper ballast of boom bap and spacey ambiance. With this second long-playing disc issued through Ghostly International, Tycho’s begun working with genre luminaries but sounds like he’s been doing it for decades. Portland-based Onuinu opens with a more pop-oriented take on electronics. (Dave Cantor)