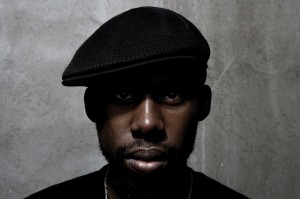 With the Pitchfork Festival looking increasingly like a summertime fleecing as opposed to any sort of grand exposure to new and important music and the digital criticism machine moving its headquarters to Brooklyn, who knows how much longer this shindig will (or should) last. More importantly, how many times a year do Chicago audiences need to see Ty Segall? Apparently, at least once more. Granted, digging up acts like Olivia Tremor Control, Godspeed You! Black Emperor and exposing concert-goers to Olympia’s Milk Music is a worthwhile endeavor, but apart from those folks and A$AP Rocky, standing around hoping not to pass out from a booze-induced coma or heat exhaustion doesn’t seem like a good way to spend a day. L.A.’s Flying Lotus could be the best reason to endure the weather, getting gouged at the gate and then again at concession stands. The producer’s racked up a spate of high-profile (well, high-profile in an underground kind of way) admirers. And if nothing else, he’s playful in regard to his aunt Alice Coltrane’s music, naming an electronically buoyant track “Drips/Auntie’s Harp” from the two-year-old “Cosmogramma” and “Auntie’s Lock/Infinitum” from an earlier disc. The fact that each song sports two titles and as many disparate parts isn’t a direct reference to the harp-toting Coltrane’s compositional complexity. It’s just a marker of an adventurous mind. FlyLo was the recipient of Animal Collective-amounts of critical fawning after the release of his last long player, with a set of alternative takes cropping up to hold fans over until his next album. But two years is a pretty long time in a world with such an accelerated rate of digital dissemination. His Pitchfork set’s bound to count a few new selections, but expect familiar works to pepper the performance. Most importantly, don’t fall out. (Dave Cantor)