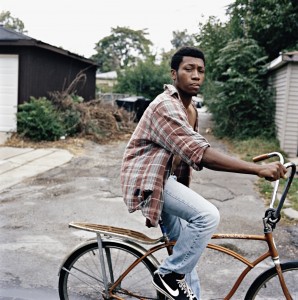 Before heading to Union Park this weekend for the seventh incarnation of the Pitchfork Music Festival, check out our guide to all the acts you may have never heard of, forgotten about, or already know and love. We can’t guarantee they’ll sound as good on stage as they do in our memories and in our record collections, but hey, we can hope.

While you’re at it, be sure and check out our Pitchfork playlist on Spotify and Dave Cantor’s preview of Flying Lotus, who hits the Green Stage at 4:15pm on Saturday. You can find the festival’s full schedule online here.

Clams Casino (Blue Stage, 7:15pm)
After laying beats for hip-hop artists like Soulja Boy, Lil B, A$AP Rocky and Mac Miller, the in-demand producer started putting out his instrumental tracks as stand-alone pieces. The tracks pull samples and styles from all over the board to create a textured, atmospheric sound.

Cloud Nothings (Red Stage, 1:45pm)
Cleveland’s Cloud Nothings have that nerdy charm down. Their latest album, “Attack On Memory,” was released in January of this year. Equally as lo-fi as 2010’s “Turning On” and just a little bit more somber, the album hearkens back to Cloud Nothing’s garage punk influences. Garage is a genre very present in the bands on this year’s Pitchfork bill, and if any one of those bands is worth showing up early for, it’s Cloud Nothings.

Liturgy (Blue Stage, 2:50pm)
The only “transcendental black metal” band at Pitchfork Fest this year will be playing the Blue Stage this Saturday. Even if metal is not your thing, you’ll still hopefully be able to enjoy the pure musicality, heaviness and skill of this band. Lauded by hipsters but questioned by black metal enthusiasts, Liturgy poses an opportunity for listeners to decide for themselves exactly what to make of them.

Wild Flag (Red Stage, 5:15pm)
Carrie Brownstein has been busy lately. Not only does this former member of quintessential riot grrrl group Sleater-Kinney front Wild Flag, but she also stars in her own IFC series, “Portlandia,” with Fred Armisen. Wild Flag, a supergroup comprised also of Sleater-Kinney drummer Janet Weiss as well as Mary Timony of Helium, released their first album, a self-titled record on Merge, late in 2011.

Danny Brown (Blue Stage, 7:40pm)
Detroit rapper Danny Brown has been called one of the most original rappers active today, and his two albums and several mixtapes are there to prove it. He recently collaborated with fellow Pitchfork DJ AraabMuzik to release a track, “Molly Ringwald.” Perhaps a guest appearance is not out of the question?

Godspeed You! Black Emperor (Green Stage, 8:30pm)
While Godspeed is not your typical festival band, its set at Pitchfork offers fans as well as newcomers a chance to see these post-rock deities in a unique setting. The Canadian group reunited in 2010 after a seven-year-long indefinite hiatus to play shows and work on recording some new songs. Playing at full instrumental force, Godspeed dishes out crescendo after crescendo of quality post-rock, creating a complete aesthetic experience using projected film to accompany their music. Expect some familiar sounds as well as some post-reunion post-rock. 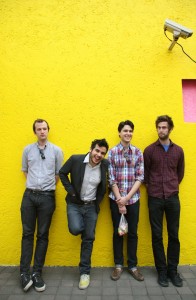 Real Estate (Green Stage, 4:15pm)
There may be no better summertime band playing at Pitchfork than Real Estate. The New Jersey group writes songs that are sunny, soulful, but never excessive—no plastic smiles or surfboard cutouts, just rolling guitar melodies that let you know that everything will be alright, if not a little hot outside.

The Field (Blue Stage, 7:40pm)
Like the automobile, techno is an American invention. Ever since going overseas, though, it’s changed and developed so much it’s hard to pin down exactly where its Detroit legacy comes to the fore. Under stage name The Field, Axel Willner’s brand of techno may have more in common with Sigur Rós and Philip Glass than Motor City’s original Belleville Three: the Swede’s minimalist melodies swirl and develop to become slow-motion techno hymns, and at the end of a set it can be easy to forget just how long you’ve been nodding your head to his looping instrumental phrases.

Vampire Weekend (Green Stage, 8:30pm)
Maybe you’re a contra and could never get into Vampire Weekend, were turned off by that celebrity tennis music video or all-around prep school sheen. Could be that the Ivy League credentials were too much, their particular brand of indie rock just too clean-cut. It is true, up to a point, that Vampire Weekend is a “clean-cut” band, laying down short, warm tracks like 2010’s “Horchata” and “Holiday.” But with songs that feature a looped M.I.A. sample or Auto-Tune rapping about “California English,” it’s near impossible to get this band pegged down.