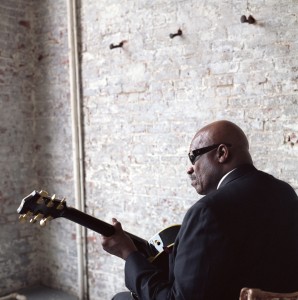 Hearing the Monkees’ Micky Dolenz belt out “Take a Giant Step” really is a good enough reason to raise that boy band beyond the scope of its brethren. The actor’s take on what’s become a recognizable part of American culture has been put to wax innumerable times since the late sixties and may even out-stripe the versions bluesman Taj Mahal has worked up. Before issuing the track on his 1969 “Giant Step” album, Taj Mahal and Ry Cooder ruffed the song up for inclusion in the Rising Sons’ songbook, which was largely comprised of well-known covers. The more aggressive, earlier version might not rank alongside classics from the middle of the decade, but it serves to announce a performer with a voice as powerful and emotive as his guitar playing. If Taj Mahal was hemmed up by just his sixties recordings, he’d still be a major figure in rock ‘n’ roll—there’s a reason his bandmates went on to work with folks like the Stones. The guitarist and singer’s earliest long players draw from acoustic blues and swampy rock stuff but add in enough psychedelic references to draw in purists and the stoned masses. Of course, this all came toward the end of a period when first-generation blues players were propped up on stages for the amusement of college students. But Taj Mahal’s slight update seemed to work well enough to extend his career through various explorations of African musics and a wealth of tiny instruments. So deep into his career, Taj Mahal has wound up becoming what he replaced—a naturally gifted story teller with enough actual experience to color the chatter between songs. He shows no sign of slowing, issuing new work a few years ago and maintaining a touring schedule better suited to a man half his age. (Dave Cantor)