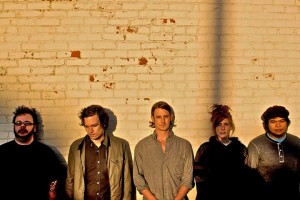 Verma remaining a rather obscure psych outfit speaks in part to the depth of Chicago’s music scene. There’s not usually a shortage of entertainment on any given night, and with the band’s modestly mellow take on psychedelia—generally sans vocals—Verma’s just not been in the spotlight. It’s not for lack of effort or talent, though. Over the band’s three discs, which are each available gratis on Bandcamp, Verma treads deeper into psych-savant territory, working up enough moods during any one composition to make other outfits seem shallow by comparison. “White Heat,” from the bands 2010 “Salted Earth,” coalesces around some significant low-end treachery and gets balanced with a surprisingly light vocal refrain before those keyboard washes drop in, and the whole thing veers off into celestial territory. Artwork accompanying each of the band’s releases works to further illustrate the ensemble’s desire to wreak havoc around the cosmos—as do song titles, unless “Dust Commander” winds up being about huffing. And who knows? It could be. Stretching its mettle further, Verma’s 2011 self-titled effort counts three extended tracks, the shortest two songs clocking in at eight and a half minutes. Each includes a fair amount of building tension, provided by Whitney Johnson’s keyboard. But the band’s clearly expended effort figuring how to reach its ecstatic peaks and does so in properly moderated time. With hash-mellowed efforts like these, it’d be easy to get lost in the miasma of group-indulgences. Somehow, Verma side-steps the genre’s lesser qualities and slowly raves up tunes as easy to groove to as they are to accidentally pass out to while staring at that trippy tapestry hanging on your wall, while a fan oscillates back and forth, pushing that hanging cloth. (Dave Cantor)