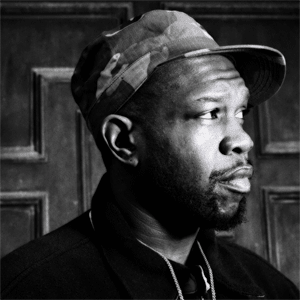 Until his death in 2010, Guru ran his career like a cultural exchange, exposing stateside listeners to MC Solaar and introducing heads to modern jazz on his Jazzmatazz outings. The MC’s rhymes are remembered for being smooth more so than overcomplicated. But his bassy voice made just about anything he said seem important—spelling Brooklyn never sounded more insistent than on “The Planet.” While issuing work alongside DJ Premier as Gang Starr, Guru cultivated new talent. And including Jeru the Damaja on a few discs—as well as featuring the rapper, Group Home and Bahamadia on “Guru Presents Ill Kid Records”—didn’t make anyone a superstar. But the clutch of performers never saw hip-hop in gross financial terms. Instead, the music was a way to verbally wade through the bullshit in their neighborhood and help avoid some of the vagaries associated with growing up in Brooklyn. Granting these younger performers a platform on which to tell a story allowed them to develop skills and find a way to see the future in potential terms instead of a death sentence–Group Home thought, “’95 is yours/2000 is mine.” For Jeru, hooking up with Guru resulted in a pair of densely constructed albums—“The Sun Rises in the East” and “Wrath of the Math”—supported by Premier, and finds the MC mulling topics like good and evil, righteous numbers and the cultural importance of expression. Over the two albums, Jeru took a bit of the Wu Tang’s eastern fascination and expanded on what must have been a heavy book of rhymes. Remembering Guru’s legacy should require more than three MCs, but if only three of his descendants showed up, Jeru and Group Home’s Melachi the Nutcracker and Lil’ Dap should suffice. Chicago’s Qwel & Maker open. (Dave Cantor)