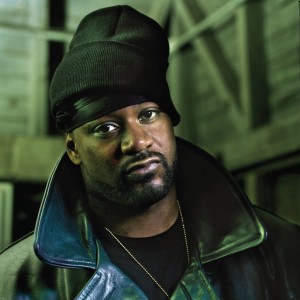 With eight members in the Wu-Tang Clan and countless affiliated performers kicking around, only a few of the crew’s MCs have issued music acclaimed in the same way as “36 Chambers.” Disregarding his appearance on “30 Rock,” Ghostface Killah’s career’s been one of the most consistent, beginning with the 1996 “Ironman.” Choosing the Tony Starks character as his alter-ego should work toward explaining the man behind the Ghostface tag—he chose the rich-guy version of Batman, but the character’s a scientist capable of crafting futuristic gadgets with the potential to help all of humanity. Granted, most of the stories this Tony Starks relates have something to do with street-level drug sales and maintaining a sense of honor, regardless of the consequences. Doing all that overtop beats RZA either produced or would at least co-sign makes a huge difference—dick jokes just sound better that way. While the Wu-Tang sound hasn’t changed much over time, it’s not difficult to hear the differences between the crew’s debut and the 2007 “8 Diagrams.” Around that same time, Ghostface issued “Fishscale,” with 2000’s “Supreme Clientele” buffering the decade with classy choruses like “Wu-Tang Clan and Ironman lead us to the promised land.” That latter disc counts everything listeners expect—talk of weapons, street commerce—but it also includes ruminations on parenting during a skit about a foul-mouthed kid and the following track, “Whip You with a Strap.” Raekwon’s gone and done the same thing, while maintaining his solo presence in similar style. Fans may believe they’ve reached the portion of Ghostface’s career when new work doesn’t quite reach the same peaks the MC attained on earlier releases. But everyone already thought that, and then “Fishscale” happened. Saigon and Sheek Louch open. (Dave Cantor)