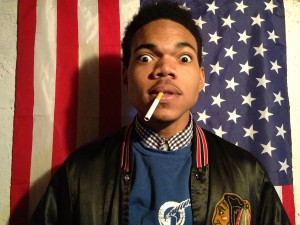 It’d be easy to get lost amid the slew of independently issued releases from Chicago’s hip-hop underground. So, it’s surprising that with the media fawning over Chief Keef and his major dealings, Chance the Rapper still stands out. And it’s not because of the MC’s desire to work his own personality into contemporary music mores. Instead, on his “10 Day” release, the still-teenaged rapper digs through twenty-year-old influences—groups that started releasing music before he was born. “Nostalgia,” which openly references Pete Rock & CL Smooth, could be a cut off “Blowout Comb” and Chance’s opening salvo, “14,400 Minutes,” sounds like a Pharcyde outtake from 1991. Dashed with LSD references, the Chicago MC’s freshman effort reeks of dedication and desire, making use of surprising samples and sporting enough of a smirk during its most digitally adventurous moments to make listeners know music is intended to be entertaining, not just enervating. Of course, the fact that “10 Day” follows the loose narrative of Chance getting booted outta school for two weeks services the disc’s coherence. With his time off, the MC has time to smoke some dope and critique other performers and people in general. He shouts out enough Chicago rap history to make clear there’s a sturdy reverence at work, even as it becomes apparent Common isn’t the most important performer in Chance’s universe. The singing that’s smattered across tracks—Chance usually takes on a chorus, but also seems ready to croon a few bars amid a verse if necessary. “Missing You” includes some of those softer, more musical moments, but finds the MC punctuating his couplets with a weird, strangled yelp, hinting at the unbridled energy that went into writing and performing all these tracks. Monty Python samples never hurt anything either. Gabriel Stark, Beau Young Prince, Hi-Rez and Kid Slim open. (Dave Cantor)