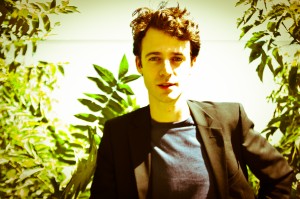 Beethoven is recognized as one of the greatest composers of classical music—and yet, the full force of his genius has, for many, been reduced to little more than a history lesson. George Lepauw wants to change that, and to change how we experience classical music.

Beethoven was not just a musical genius, says Lepauw, but also a “cultural activist,” a deeply humanistic thinker influenced by the democratic ideals of the French Revolution. “He hoped that this music would live on for many generations and help the world come together. It’s really a testament to his genius that we’re still playing and loving his music today,” says Lepauw.

Coming together is at the heart of the Beethoven Festival, now in its second year, which Lepauw directs. The festival grew out of the International Beethoven Project, a non-profit Lepauw started in 2009 to facilitate the premiere of a newly discovered Beethoven trio. Having done the work to start the organization, Lepauw thought, “we can use this for something else.” And so a festival was born.

Lepauw grew up in Paris, and clarifies that when he says festival, he means something a little more involved than, say, a few days at Grant Park. “My idea of a festival is that the city in which a festival takes place is entirely engaged in that festival,” he explains, so “when you go out afterward, to dinner, or for drinks, everybody there is talking about what’s going on at the festival, everybody there is participating.” So Lepauw is bringing a more European festival to Chicago, in the hope that the city will get to know each other a little more. And of course, getting to know the music is one of the goals, too. Even for people who like classical music, experiencing it can often be a solitary activity. The Beethoven Festival, with sixty events over ten days in various venues, is an attempt to bring back to that experience a more social element by encouraging collective engagement. Lepauw explains: “Beethoven revolutionized the art of music. We are trying to revolutionize the art of presenting culture.”

The festival puts that attempt at the forefront this year with its theme: Promethean Revolution. Beethoven’s actual works will comprise less than half of the performances—rounding out the festival are new works specially commissioned, jazz performances, blues performances, dance, lectures and even an all-night party of dance music from 1066 to 2012. The theme also calls for reflection on some of the global political upheavals of 2012 in a way that Beethoven might have applauded—after all, he once called music “the one incorporeal entrance into the higher world of knowledge which comprehends mankind but which mankind cannot comprehend.”