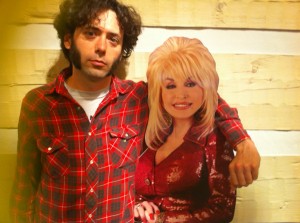 When Columbus’ the Black Swans began recording, New Weird America was in its fetal stage. And while the revolving troupe of players led by Jerry DeCicca weren’t active players in that almost-genre, the band did issue a disc through Pennsylvania’s La Société Expéditionnaire. Apart from the band’s instrumentation, DeCicca’s oddly pitched vocals gliding atop updated country arrangements hint at the ensemble’s intention of reveling in its own brand of American music. Wonderfully weird sentiments—like how coats keep you warm when it’s cold—define the Black Swans’ lyrical aesthetic, obliterating the hierarchy of language and setting it to molasses-paced folk instrumentation. The troupe went so far as to title a 2010 album “Words Are Stupid,” opening the disc with an instrumental “Blurk.” Refuting its previous statement, the “Don’t Blame the Stars” album includes a number of spoken-word intros, superfluous and kinda bothersome. Of course, the disc was issued following the drowning-death of the band’s violinist Noel Sayre, so a bit of obtuse discussion may have been warranted. Alongside paeans to Joe Tex and Hendrix are songs detailing addiction and sundry country troupes, all sneaking into a Midwestern sensibility of solemn songcraft. Pointing to Sayre’s absence seems to be the focal point of this year’s “Occasion for Song,” going so far as to sport a photo of a pool on its cover. Musically, DeCicca hasn’t pushed beyond Nashville’s Lambchop in pure uniqueness. But each group making traditional country stuff its underpinning support almost disallows from too much musical invention. DeCicca, when only accompanying himself on guitar, is as able as anyone else in the genre. But on tunes like “Fickle and Faded,” his compositions are aided supremely by gospel organ and banjo, completing the circle of American music. Local subtle-psychers Mako Sica open. (Dave Cantor)