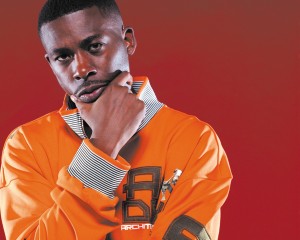 It’s not too hard to track down early-nineties video interviews with GZA and RZA looking like they just escaped from a “House Party” movie. Predating the Wu-Tang Clan’s long-playing debut, it’s still clear from the way the pair of cousins—Ol’ Dirty Bastard being the third blood relative—respond to questions that there’s a plan behind all the “NawImeans?” Ranking as the only Clan affiliate with a properly released solo date prior to 1993’s “36 Chambers,” GZA’s lyrical acumen had a different sort of incubation period. Each of the group’s eight members were just about equally represented on the Clan’s debut, and the sort of evenhanded distribution of mic time persists on GZA’s 1995 “Liquid Swords.” Just about every hook counts a different Wu-Tang member barking out commands, ODB being particularly convincing on “Duel of the Iron Mic.” The song—and moreover, the entire disc—extends a sense of oriental honor and competition. GZA begins the track with a description of his talent being able to decimate any challenger, leaving their homes and places of study in ruins. Related in such understated terms, GZA’s casual delivery lacks ODB’s unhinged charm and Method Man’s raspy voice. But in his cool demeanor, GZA touting his lyrical dominance seems more menacing: Why get worked up if you already know the outcome of every battle? “Liquid Swords,” like its architect’s approach on the mic, is an understated affair compared to Raekwon’s or Ghostface’s solo-debut. Setting the disc in the mythical Eastern world where dojos and kung fu masters outnumber Western folks, “Liquid Swords” is able to carry the same sort of ethereal weight as “36 Chambers” without becoming over-burdened by modern concerns. As the album’s re-release counts its instrumental mirror, there’s little reason not to revisit the effort. And while GZA’s performance of the disc in its entirety won’t include those instrumental features, hearing these tales without prompting from a proper anniversary is still a monumental moment. (Dave Cantor)