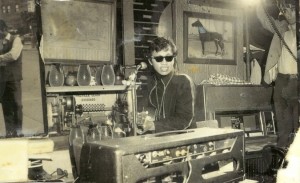 Several years after the rerelease of his two albums by Seattle’s Light in the Attic, Detroit native Sixto Rodriguez is taking another stab at reclaiming a fleeting fame. His second (or third) wind has been sponsored in part by the release of “Searching for Sugar Man,” a documentary film following a pair of the singer’s fans on a quest to locate him. Whatever the reason for the Midwesterner’s reemergence, aficionados of lost musicians and folks interested in seventies coulda-beens should take notice. Frequently referred to as the Rust Belt’s answer to Bob Dylan, Rodriguez’ recordings were gussied up by none other than Dennis Coffey, who added a sizable amount of production value to what could have been a handful of boring, strummed sing-alongs. The 1970 “Cold Fact” is a stream of memorable hooks, verses and surprisingly succinct psychedelia. “Hate Street Dialogue” doesn’t benefit from the talents of the Funk Brothers as other tracks do, but the subtle background percussion makes Rodriguez’ acoustic guitar sound fuller than it should. And by the time it reaches the bridge, a bit of fuzz guitar allows lines like “The inner city birthed me/the local pusher nursed me” to float above reproach. Skittering from track to track, “Cold Fact” avoids the lesser qualities of outsider protests from the period—even the misogynistic “I Wonder” comes off like a distorted song about love’s difficulties while chastising a woman who has a bit too much history for Rodriguez. Inexplicably, the singer’s first long-player avoided any sort of significant attention in the United States, instead making inroads Down Under and in South Africa of all places. Undeterred, Rodriguez returned to the studio in 1971 and issued “Coming from Reality,” ignoring some of the plain-faced production that made stomping fuzz of “Only Good for Conversation” so engaging—there’s even a string section on “Sandrevan Lullaby/Lifestyles.” Whatever indulgences crop up, though, Rodriguez’s magical moments pretty easily outstrip Cat Stevens track to track. (Dave Cantor)