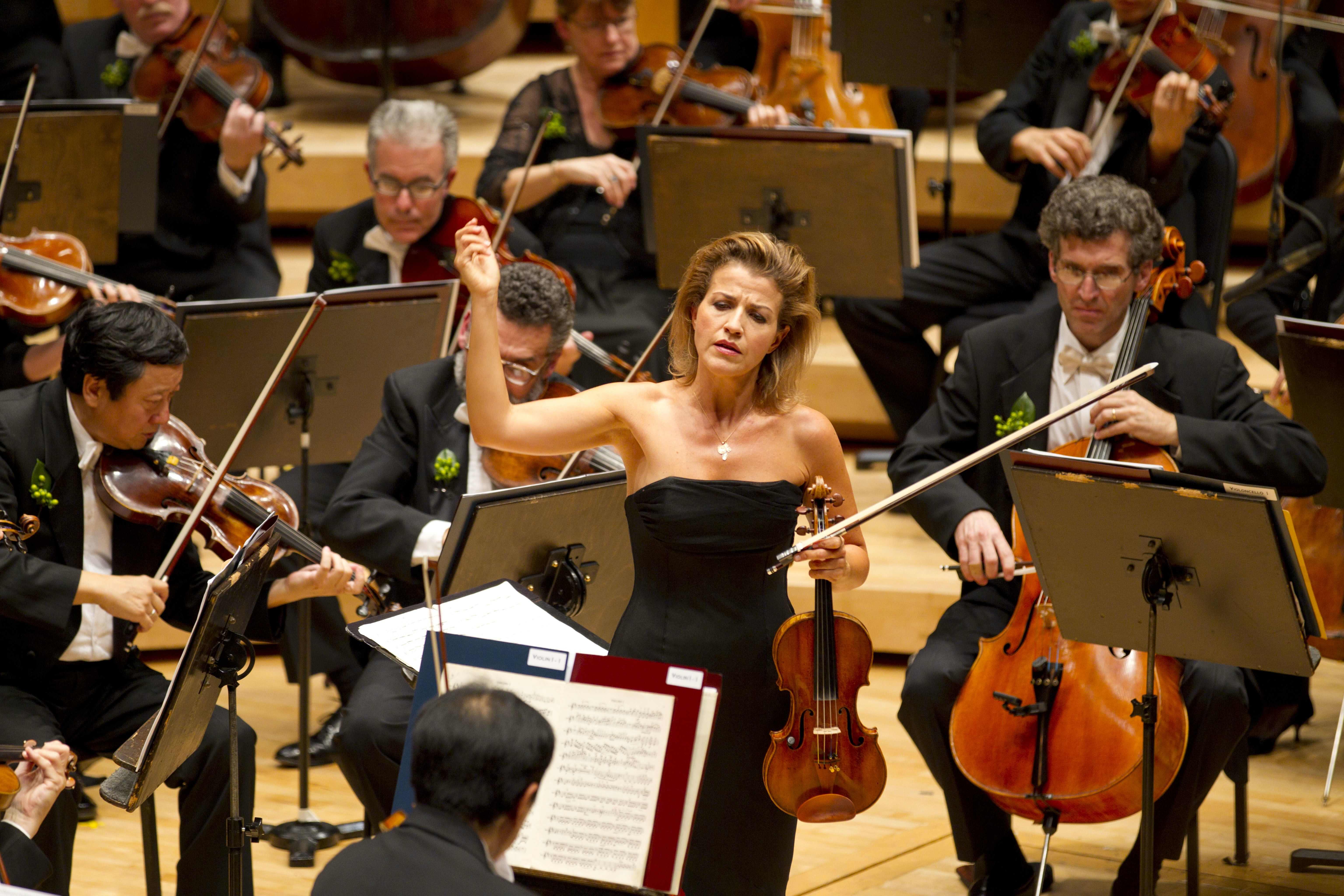 The last time the Chicago Symphony Orchestra went on strike in 1991, it took three weeks before a new contract was negotiated. If last Saturday’s strike had lasted three weeks, the orchestra would have lost its Thursday night performance in Ann Arbor, Michigan, its tour to Mexico, its opening of Carnegie Hall, et al, as well as Saturday night’s Symphony Ball. And at what point would a homesick Italian music director without an orchestra to make music with simply head home? Thankfully, these are questions that will remain unanswered as both sides, with the help of a federal mediator, did manage to come to an agreement Monday night that was ratified by the players Tuesday morning and subsequently expected to be approved by the CSO board.

It was an amazing turn of events, as we now know that the strike vote took place on the very day that the new season opened with a spectacular concert of rarely heard music of Dvorak, Martucci and Respighi last Thursday, September 20, to cheers and a standing ovation the likes of which the CSO only used to get for its bread-and-butter works such as Mahler symphonies. What was not widely known or publicized then was that the players’ contract had expired the previous Sunday but they went ahead with rehearsals and concerts in good faith while negotiations continued. Friday’s electrifying free Millennium Park performance on Friday held 7,000 Chicagoans spellbound in the pouring rain. The next “final” offer from management came at 6pm Saturday, a $20 per player difference from the previous offer which the players’ negotiating committee took as an indication that management was no longer negotiating in good faith. It was rejected and a strike called, the 8pm concert that was to be performed (a repeat of Thursday’s program) was canceled, patrons showing up to the hall greeted by players outside holding strike signs and notices on the door of the hall. A press conference was immediately called and as television cameras and radio microphones captured a somber but determined CSO president Deborah Rutter saying that “This is a sad night for music lovers in Chicago.”

At issue was the “rising cost of healthcare,” players’ contribution to their health insurance being more than doubled from five percent to twelve percent, a change which the players insisted nearly wiped out projected salary gains and would have left overall compensation for players of the CSO, widely regarded as the best orchestra in the country, well behind the highest-paid orchestra in the country—Los Angeles.

I asked Rutter Saturday night if she had spoken with Muti, and she made a bit of a face and said that yes, she had. I asked if she cared to share anything that was communicated, and she said, “I can tell you that he was extremely disappointed, but his principal concern was for the patrons coming to tonight’s concert.” Of course, that came across as if Muti were siding with management.

Outside the hall, however, bass player and chair of the players’ negotiating committee Stephen Lester on the picket line was claiming that the Maestro’s allegiance was with the players and that he “understands the issues that the players are facing.”

Given Muti’s history with labor negotiations in his native Italy and the irony that it was a labor stoppage at La Scala that led to his sudden resignation there that ultimately made it possible for him to even come to Chicago, all parties involved undoubtedly knew that they were playing with fire. That Muti could emerge as a figure that both sides could claim as their own without ever publicly opening his mouth speaks volumes.

And so, the music goes on: last Thursday’s opening-night repertoire that was to have been heard last Saturday night will still be repeated Wednesday and Friday nights (ticket holders from Saturday’s canceled concert may make exchanges based on availability or request a refund) although this Saturday night’s Symphony Ball will be the last new program that Muti will present in Chicago during his fall residency. It represents revisiting the Symphony Ball from Muti’s inaugural season two years ago when he became too ill to conduct. German violinist Anne-Sophie Mutter went on playing the Beethoven Violin Concerto conductorless in any case, a gesture which deeply touched Muti. Mutter returns to this year’s Symphony Ball to perform Mendelssohn’s Violin Concerto. The program opens with Wagner’s Overture to “The Flying Dutchman,” done to honor the centennial of Muti CSO predecessor Sir Georg Solti, and closes with Tchaikovsky’s “1812” Overture. This year, the flowing champagne will not be perfunctory, but genuinely celebratory at averting what might have been. (Dennis Polkow)