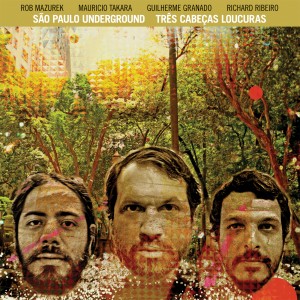 So late in the year, the frequency of quality festivals tapers off. But setting off that autumnal awe is the tenth installment of Adventures in Modern Music, a joint venture between the Empty Bottle and The Wire, to bring together a sizable selection of out-sounds from different genres. One of the better-known acts to be fitted into this sprawling look at contemporary music is R. Stevie Moore, who’s been given credit for presaging the slew of home-recording projects clogging up the internet nowadays. His work’s something like Daniel Johnston’s in that there’re clearly some ghosts being worked out in each affectional composition. He performs Wednesday. To highlight Adventures’ desire to strip genre of meaning, Rob Mazurek’s São Paulo Underground takes a spot on stage during the same evening, raving up experiments that use jazzy frameworks birthed from south of the equator. Offerings become even more diverse the following evening as Chicago’s Joshua Abrams leads a group through the paces of exploding jazz with experiments merging minimalism and repetition to spit out something fans of just about any cerebral music can at least appreciate. The same evening, New Hampshire’s black-metal troupe Vattnet Viskar thrash about before the ineffable Demdike Stare closes the evening. One-time pro-skater Duane Pitre turns up with what amounts to tripped out modern classical music Friday, while ocal electronic beatsmith Traxman headlines the festival’s Saturday installment with a grimy dance product. And rounding out Adventure’s final evening is Micachu & The Shapes, a group that could be criticized for sounding as if it barely grasps the notion of music—but shouldn’t be. It’s all a look at artistic endeavor unimpeded by the emergence of dancing Koreans or singing teenagers and again points to the unwieldy tastes of the citizens in Middle America’s industrial capital. (Dave Cantor)