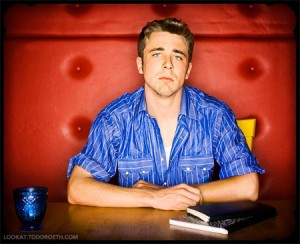 Joe Pug may not call Chicago home anymore, but it’s still a homecoming whenever the husky-voiced folk singer with the old soul rolls into town.

“Every time we go back on the road, about twenty percent more people come,” Pug says by phone from Austin, where he now lives. “People come five times in two years, and people there at the first show are still at the fifth show. At the end of the day, it’s a little family of people who come out to shows.”

It has been a year of professional and personal milestones for Pug, who has drawn Bob Dylan comparisons ever since his 2008 debut EP, “Nation of Heat.” In April, the twenty-eight-year-old released his second studio album, “The Great Despiser,” which he recorded in Wicker Park with producer Brian Deck (Modest Mouse, Iron & Wine). In September, Pug played a three-night opening gig for the legendary John Hiatt, whom he calls a songwriting hero. Now, Pug is headed back to Chicago on a thirty-date victory lap, playing The Old Town School of Folk Music on November 1 and Lincoln Hall on November 3.

But with “The Great Despiser”’s fleshed-out sound distinguishing it from the raw energy of his earlier work, Pug says he started the year off on an anxious note.

“I was a little nervous as to how fans would receive [the album],” he says. “A couple months in, they’re at concerts singing the new songs just like the old ones.”

How Pug came to shepherd such a committed fan base is a crucial part of his oft-repeated origin story. After dropping out of college, the former playwriting student moved to Chicago, where he worked as a carpenter and mailed out free sampler CDs of his music for fans to spread the word. Today, demand keeps him from shipping physical copies, but the five-song introduction is still a free download on his website.

Since then, Pug has given another EP away for free, sold show tickets directly to fans at discounted prices online, and written email newsletters that share updates from the road as well as his latest picks in books and music. Even when referencing his social media presence, which he affectionately dubs the “cyber-stalker resource center,” his digital diaries still feel as personable as handwritten correspondence.

“I’ve always looked at writing songs and performing them as a conversation with fans,” he says. “‘Fans’ is even the wrong word. As a conversation, you’ve got listeners, and recommending what I’m into right now, that’s just continuing the conversation in a better context.”

If Pug wants a better context for conversation, he’s right to geek out over his upcoming Old Town gig. Pug is no stranger to Lincoln Hall—he recorded a live album there in 2011—but for all his time in Chicago, he has never played a show at the intimate Old Town School, one of his most-anticipated stops on the tour.

“Usually we play to crowds that are standing up and drinking beer,” Pug says. “Old Town School of Folk will be people who are sitting down and drinking beer. It becomes more of a listening vibe, which is not always what we want to play for. In this case, it will be a nice treat for us and the audience.” (Nolan Feeney)