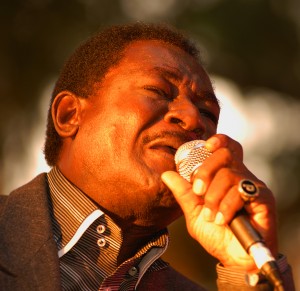 And it hasn’t been restricted to planning Jump Up! Records’ first installment of Jamaican Oldies with Stranger Cole and Pat Kelly, set for November 16 and 17.

Chuck Wren aired “Everything Offbeat,” first on WNUR and now on WLUW, in the late 1980s, putting him in touch with a then-scattered community of ska enthusiasts. The group ranged from folks interested in the music’s Jamaican inception to British 2-Tone to a nascent American strain, which frequently took more cues from punk than anything else. By his account, Wren was one of the few people spinning ska records on any station in the country at the time. And residing in a cultural hub soon found him as something of the scene’s standard bearer. Thus Jump Up! Records.

But the label began issuing work out of Wren’s frustration, he says. While ska bands like The Toasters and coastal bands of its ilk were getting attention, land-locked acts were glossed over. And for about twenty years, Jump Up! has worked to issue music that has remained even outside fringe culture.

The impetus for the Jamaican Oldies series isn’t detached from those two occasions, but spring from more Midwestern consternation—Wren hasn’t been able to fly to Los Angeles and see ska shows featuring performers from the genre’s earliest period. So the label honcho decided to regularly book Jamaican talent on his own. Of course, he’s been wrangling shows for almost as long as Jump Up! has existed—and occasionally lands acts as big as the late Desmond Dekker. The current spate of shows, though, don’t feature such prominent acts.

“We’re pushing the aspect of, ‘If you’re into vintage Jamaican music, this is your show,’” he says. “You may not be totally familiar with the entire body of work of Pat Kelly or Stranger Cole, but you know their songs. Guarantee, dude … people know ‘Artibella.’ And people know Pat Kelly songs, since he was part of the Techniques and was a big name in what became lover’s rock.”

Neither Cole nor Kelly reached the international acclaim of Toots Hibbert or Jimmy Cliff. But this pair of singers have collectively entered more than a handful of tracks into the Jamaican songbook. Cole’s “Run Joe” bounces with the music’s early enthusiasm while relating a reasonably amusing story. And his all-too-brief “Drop the Ratchet” decries violence, its tempo hedging toward rocksteady. 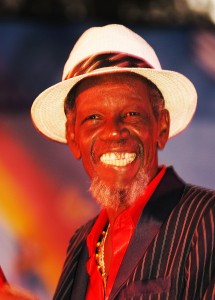 Hunting down originators of the genre, however, doesn’t jive with the work Jump Up! began issuing during the nineties, when bands like the Blue Meanies were on the verge of landing Coke commercials. In part, what enabled Wren and his imprint to remain a vital entity was releasing the “American Skathic” compilation, a collection of third-wave acts from the Midwest. The label head estimates the original compendium sold about 13,000 copies. And while that may not seem like a huge number of albums, moving that much product spread the Jump Up! name around the country.

Today, bands represented on those compilations would not likely release work through the Chicago imprint. Wren has turned his focus to bands emulating a more traditional sound tied to Jamaica, rather than the United Kingdom’s punkier take on the music.

“I’m following, in many ways, the fans who grew up with the label… they’re not listening to Mustard Plug anymore,” Wren says. “They want Jump Up! to be the curator… We’re not going to put out hundreds of records for you to sift through… We’re gonna bring you the cream of the crop.”

It’s simultaneously shrewd business and the acknowledgment that with age there comes a mellowing. It’s even mirrored in Jamaica’s music, shifting from ska’s frantic energy to a languid intermediary in rocksteady and on to reggae and dub in the following decade.

Given that sort of development and Wren’s infatuation with all strains of Jamaican music, he’s looking at either toaster Big Youth or the rootsy Max Romeo to perform on a bill with Eric “Monty” Morris at the next installment of Jamaican Oldies in March.

Of course, that’s contingent on how the Cole/Kelly bill draws.

“You need to think about this as the only one,” Wren said. “If it doesn’t yield results good enough for not just the club, but for me, there will not be another one.”

To help ensure the gig’s success—apart from donning a sandwich-board and “hitting people with fliers” after a recent Maytals’ show—Wren consciously slated the event for the Mayne Stage.

“What I remember from the Desmond Dekker show—the only downside to that show, since it sold out—there were literally no Jamaicans,” he said. “It seemed like a failure on our part, because you know they’re out there. So, when this all came together in Rogers Park, with one of the main grocery stores for the Jamaican community in [the area]—this is it. If it’s done right, we’ll have an interesting crowd, including Jamaicans who lived this music the first time around.”